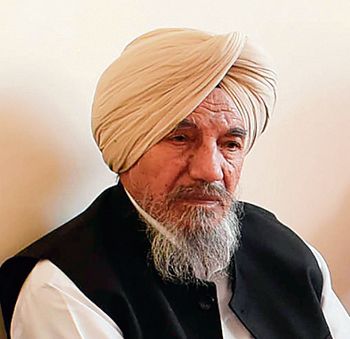 The Bharat Bandh got a good response from all sections of society in Sangur, Barnala and Malerkotla districts while Bhartiya Kisan Union (Ugrahan) chief Joginder Singh Ugrahan said he would oppose Chief Minister Charnjit Singh Channi if he tries to join members of his union at the Delhi protest sites.

“We have already clarified that we will not allow any politician to enter our protest. Apart from the contentious central agricultural laws, the failure of the Punjab Government in fulfilling its poll promises is also the reason of resentment among farmers,” said Ugrahan at Sunam.

“His predecessor Capt Amarinder Singh wasted four and a half years by making big claims and did nothing. Now, the Congress has replaced Captain to fool residents with the face of Channi. But we know there is no difference between Capt Amarinder and Channi,” the BKU Ugrahan president said. Members of various farm unions blocked roads while shopkeepers kept their shutters down to support the agitation.