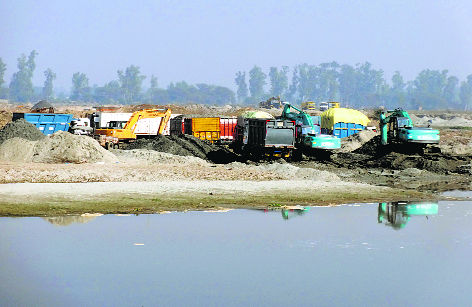 District general secretary of the union Subeg Singh and block president Hoshiar Singh said a sand mafia was active along the Sutlaj in Mahatam Nagar and Miani Basti areas and was involved in excavating sand worth crores of rupees in connivance with officials.

The union leaders alleged they recently got two sand-laden tractor-trailers confiscated but these were released by the police without initiating suitable action. They burnt the effigy of police officials outside the Fazilka sadar police station. — OC