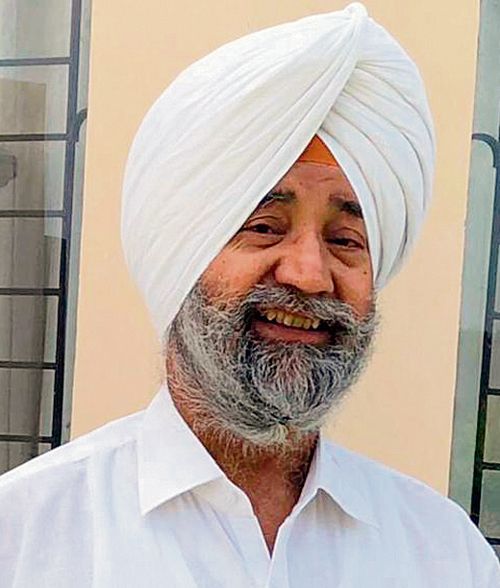 Days after former cop Iqbal Singh Lalpura took charge as the National Minority Commission Chairman, his past returned to haunt him.

I wrote the article after visiting Pak and it was part of my book published in 2004. I have authored 13 books. Why will I plagiarise his article? If Pannu has any grudges, he is free to approach court. Iqbal Singh Lalpura, national minority commission chairman

In 2007, being the Punjab Police AIG, Lalpura had published an article related to Sikhism in the department’s official magazine ‘Darpan’. The article was about Rai Bular Khan Sahib and was published in the January 2007 issue of the magazine. A Muslim, Rai was inspired by Guru Nanak Dev. He had donated over 18,500 acres agricultural land, which is now under the control of the Evacuee Trust Property Board of Pakistan.

However, Sikh scholar Professor Harpal Singh Pannu of Punjabi University, Patiala, claimed that Lalpura had plagiarised his 1993 piece and taken up the matter with the then DGP and alleged that his article had been reproduced word-to-word, but in Lalpura’s name.

After Lalpura took over as the Chairman, Pannu has once again raked up the issue on the social media. Recalling the incident, Pannu said one of his readers, who was serving in the police, brought the issue to his knowledge and sent him a copy of the magazine as well.

“I shot off a letter to the DGP. Following that, Lalpura called and requested me to give him a chance. He had said that he would come to my house to personally apologise for the mistake. But I asked him to apologise in the magazine,” Pannu claimed.

In the following issue, the DGP, being the editor of the magazine, under the title “Likht Di Chori Da Dosh” (accusation of plagiarism) also expressed regret “for the lapse” and stated that a reply had been sought from Lalpura on Pannu’s letter. “But the reply never appeared in the magazine,” Pannu said. Lalpura said he had written the article following a visit to Pakistan and it was part of his book published in 2004. “I have authored 13 books. Why will I plagiarise his article?” he said. “If Pannu has any grudges, he is free to approach the court,” he added.