A dive into complexities of climate crisis : The Tribune India

A dive into complexities of climate crisis 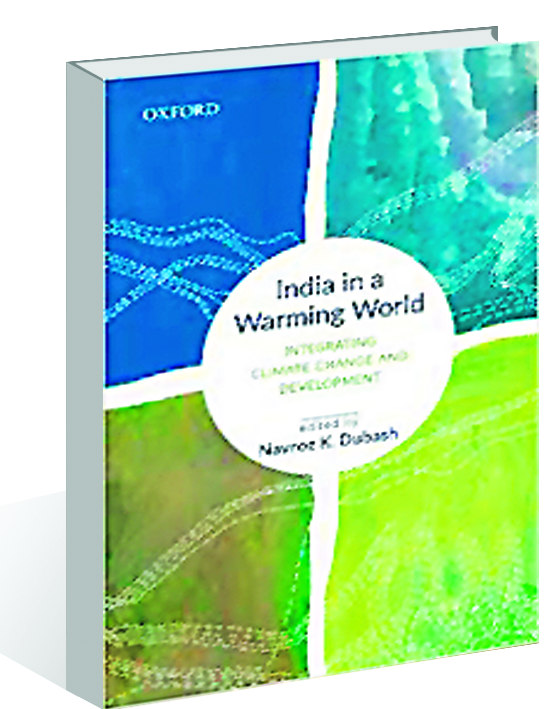 The recently concluded spectacle in Madrid has again underscored the necessity as well as futility of climate talks. World leaders get into a huddle every year to agree to disagree on their duties to deal with the climate emergency. No wonder schoolkids have to strike and challenge adults with a ‘How dare you’ retort.

India’s position at these talks is often dictated by the desire to develop, diplomatic pressures and its vulnerability to climate-induced disasters. India in a Warming World: Integrating Climate Change and Development, edited by Navroz Dubash, has come at an opportune time to take stock of past actions, present dilemmas and future threats. The book presents varied players and ecosystems to bring forth the vulnerabilities, international power dynamics, and more importantly, the societal and administrative complexities India grapples with.

It is meant for academics, researchers, journalists, civil servants, and anyone who wants to dive deep into the topic. From top diplomats like Shyam Saran and Ashok Lavasa to activists Anil Agarwal and Sunita Narain and researchers Sharachchandra Lele, the compilation brings together the best voices from various fields.

The first essay by J Srinivasan on impacts of changing climate in India sets the tone for why this book is required. It presents scientific evidence around temperature, rainfall patterns, retreating glaciers and sea-level rise to underscore the importance of the issue at hand. Achuta Rao and Friederike Otto’s essay effectively argue why it’s not prudent to claim a climate change connection with every extreme weather event. They examine evidence around heatwaves of Andhra Pradesh, Chennai floods of 2015, and an extreme heat episode in Phalodi, Rajasthan. Only one of the three can be scientifically linked to the climate crisis.

The science gives way to narration from the field as Nagraj Adve leads the reader through gradual changes like the sea-level rise in the Sunderbans and migration of species in the Himalayas. He also presents people’s response to such transformations of their immediate surroundings.

Anil Agarwal and Sunita Narain call out the World Research Institute’s calculations, which blamed developing countries for significant greenhouse gas emissions through deforestation, farming and livestock rearing. They draw a difference between survival emissions of the poor and luxury emissions of the rich. The authors also present a more comprehensive calculation to reveal that WRI’s research was faulty and represented colonial environmentalism of the West.

A substantial section of the book is devoted to international climate talks. Former diplomats and negotiators give details about the power dynamics from the first Earth Summit at Rio to the 2015 Paris Agreement and beyond. They bring out how India’s heft at these negotiations reduced and diluted the commitments by developed nations.

Roles of civil society, business and labour unions in lobbying, emission control and changing working conditions get a fair share of print space. In their essay on energy, Ashok Sreenivas and Ashwin Gambhir bring out the future challenges when the already faltering power distributors would lose their high-paying consumers to captive or open source renewable energy and might find it difficult to supply affordable and reliable electricity to poorer households. This transition would also impact workers and regions where coal mining takes place with little or no benefits from the new industry.

A similar case is put up by Lele and Jagdish Krishnaswamy for the forests. Forests are considered the best carbon sinks but in the Indian context, the monoculture and fenced groves don’t sit well with the community-managed forests which are diverse, with easy access and have open canopy to support livelihoods and lifestyles. Essays on agriculture and islands also reveal similarly-layered realities that require more nuanced responses than those discussed at climate negotiations or meeting rooms.

Veena Srinivasan brings out the non-climate stressors in the water sector like resource exploitation and governance through multiple agencies. She is, however, hopeful that climate can be a unifying force and ensure better coordination.

The book also devotes a section to national institutionalisation around climate crisis and designs of state action plans, besides the contentious issues of transfer of climate technology and financing.