Delhi Crime Season 2 highlights the chasm between privileged and downtrodden without sermonising : The Tribune India 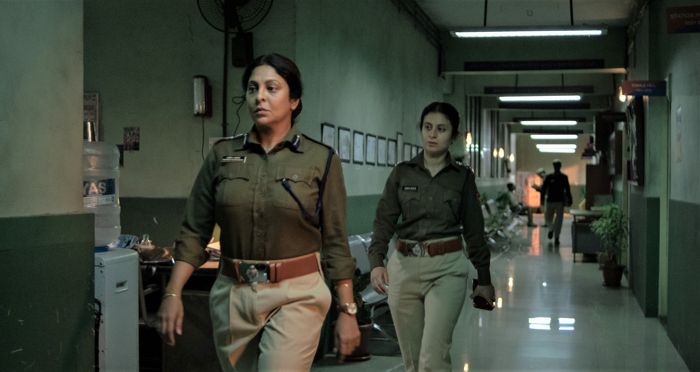 “We can’t police the lifestyles of the wealthy nor the aspirations of the less privileged…” the pithy lines are a giveaway as you get a clear sense of what the web-series cares to impress upon.

Clearly, expectations from the second season of the International Emmy winning Delhi Crime are enormous. Undeniably, one was more shaken and stirred by the first season based on the horrific Nirbhaya rape case. Yet, the second season doesn’t disappoint at all and is as chilling as the previous one.

Even though the creator Richie Mehta has handed over the directorial baton to Tanuj Chopra… there is consistency not only for the lead actors reprise their parts, but also in terms of treatment.

The director of photography David Bolen once again captures Delhi through a lens that lends to the ‘grimey’ grain of crime and fear. But, the idea is not merely to whip up that dreadful feeling.

On the surface level, Season 2 too unfolds like a police procedural. DCP Vartika Chaturvedi (Shefali Shah) and her team are out to investigate a series of murders of affluent senior citizens. The initial clues lead them to members of de-notified tribes, once notorious for criminal activities. However, before we can object to a whole community being denigrated, undisputedly the series’ intentions are not a wee bit misguided, rather quite the opposite. As righteous and conscientious DCP Vartika says, “We are not going after a tribe, we are going after the criminals.”And crime we know knows no shape, size or gender.

While the second season does unravel like a thriller and there is enough horror (bludgeoned faces of victims) and terror in the atmospherics, its prime build-up is not as a whodunit. Rather, it takes you into the minds of the police force and how they go back and forth, piece together bits and pieces of the puzzle and finally manage to crack a difficult case.

Indeed, Delhi Crime does not explore the subject of crime at a superficial level. Thus the complex sociocultural reality of India, the chasm between privileged and downtrodden is woven in the crime drama without veering towards pedantic sermonising.

If the director has complete grip over his subject, sharp editing makes it even more gripping. Besides, it’s the cast that makes the show oh-so-credible and engaging. Shefali Shah is stellar and seems to be raising the bar with each performance. If you are already not a fan of her immense acting talent, the series sure will make you sit up and acknowledge her prowess. Like the previous season, she continues to show nerves of steel with her heart in the right place. Madam Sir… the term by which she is addressed doesn’t seem like an anachronism but fits her persona to the T. Rasika Dugal is understated as the diffident officer still finding her groove battling domestic demons. Rajesh Tailang as inspector Bhupinder Singh impresses like always and so do other actors playing cops, including the corrupt and retired Chaddha (Kuldip Sareen). Then there is Tillotama Shome, who raises our hackles more than once. Her performance is so well calibrated that not a move seems out of sync in an otherwise ‘unhinged’ act.

The psyche of the killers… really who can get into the bottom of their convoluted minds? However, while pointing out the glaring inequalities in our system, there is no overt attempt to condone or glamourise criminals.

Based on the chapter Moon Gazer from former Delhi Police officer Neeraj Kumar’s book Khaki Files, Season 2 is authentic, gritty, potent and compelling. Streaming on Netflix, it has what it takes to be on par with other international crime dramas.