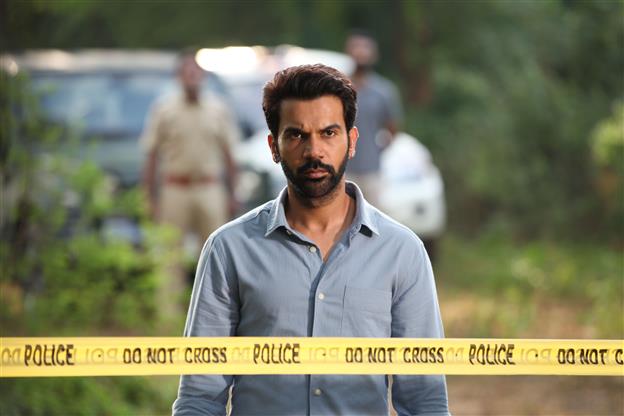 A cop, Vikram, suffers from post-traumatic stress disorder (PTSD). He believes that it’s his work that’s keeping him sane, but his colleagues and friends believe otherwise.

Not ready to quit the force, he reluctantly agrees to take a long leave and heads to his hometown in Himachal Pradesh. But as his girlfriend Neha (Sanya Malhotra) goes missing, he saunters back while demanding he be put on the case. Another case of a girl, Preeti, gone missing on the highway, gets entangled in this one. Dealing with his panic attacks and pursuing the two missing girls, he takes the story forward.

Another Telugu film gets a Hindi outing with this one, which is helmed by the original’s director Sailesh Kolanu. If performances are the strength of this version, the setting provides for a spectacular backdrop, which cinematographer S. Manikandan’s captures well. One sees Rajasthan, its forts and palaces, as Vikram romances Neha in the beginning. The scene briefly moves to snowcapped mountains in Himachal. The first half takes its own sweet time to establish the premise.

Amid all this we have the Homicide Intervention Team chief Ajit Singh Shekhawat (Dalip Tahil), an able side-kick Rohit (Akhil Iyer), an honest but egoist cop Ibrahim (Milind Gunaji), and a rival in the force Akshay (Jatin Goswami).

Amongst the twists and turns, as Vikram races to find Neha and Preeti alive, one reaches the climax, which is neither plausible nor believable. While there is an attempt to tie loose ends, what frustrates is that although one gets the hint, one never fully gets to know the reason behind Vikram’s PTSD. Of course, there is the second case, and the ending of the first starts another plot. But then was The First Case just a detour in the real story?

Rajkummar Rao impresses; as always, he’s earnest and determined. His body language and the change between ‘man on a mission’ to a ‘prisoner of his past’ is a treat to watch. Akhil Iyer as Rohit makes for an able sidekick; he gets ample screen time and his is a pleasing presence. Jatin Goswami’s transition from foe to friend is interesting. Sanya Malhotra shines in the brief time she gets! Shilpa Shukla manages to get attention, but her character like many others is very superficially etched.

Music by Manan Bhardwaj, Mithoon and John Stewart Eduri befits the story. The background score builds the atmosphere of the suspense thriller. There are social issues thrown in the cop drama; moral policing being one. Not anymore can you see a show or film with a nod to LGBTQIA!

While the film keeps one engaged, after 2 hours 16 minutes one looks for a grand finale, which goes missing.