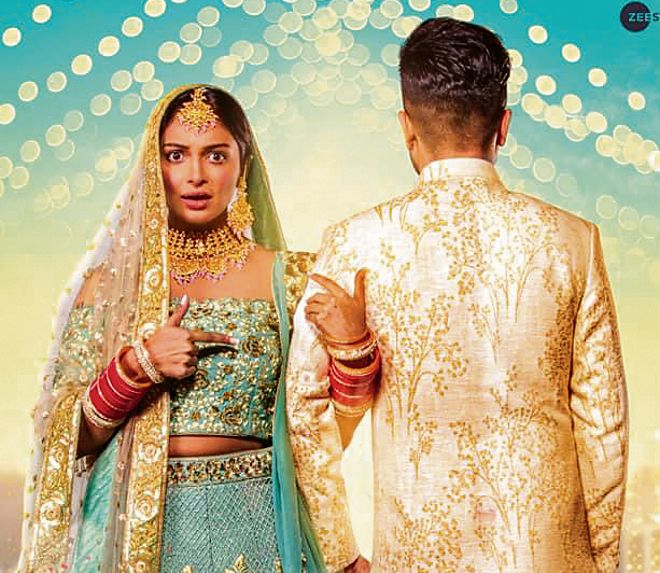 Teri Meri Gal Ban Gayi has all the ingredients of the romcom genre, yet it falls short at many fronts. The humour is ordinary and so are the dialogues. On the acting front, the experienced lot, Priti Sapru, Puneet Issar, Malkit Rauni amd Guggu Gill, have tried hard to pull off a weak script. Despite this, the film doesn’t bore you. Probably because of Rubina and Akhil’s pairing and chemistry that stands out. It doesn’t look like it is singer Akhil’s debut movie, he has surpassed expectations. Priti Sapru and Guggu Gill’s chemistry also stands out. Songs are the high points of the movie. Gulab, Jodi and Saare Taare have not only been sung well, but also well-picturised. The comedy doesn’t land and one rarely laughs, yet it’s still a feel-good film. Karamjit Anmol’s Haryanvi dialect as well as a South-Indian character are more caricatures than anything else.