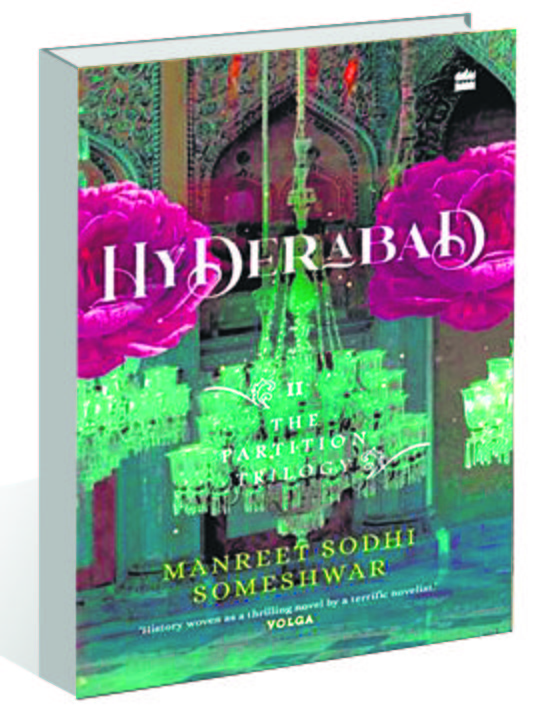 Newly Independent India is facing a torrid time after Partition; a rampaging public is on the streets, unsure of which side of the Radcliffe Line would afford a secure future. Those in the corridors of power are a harried lot. Their worries are compounded by three obstinate princely states, unwilling to sign the Instrument of Accession and cede to the Indian Union. Primarily, the eccentric Mir Osman Ali Khan, Asaf Jah VII, the Nizam of Hyderabad, who proudly proclaims that ‘Hyderabad will remain free’, although the population of the state is majorly Hindu. Hailing from the Asaf Jahi dynasty, he is ‘the wealthiest shabbiest man in the world’, who puffs cigarettes ‘like an engine’. Yet, gifted with wisdom enough to remark that ‘the ideal ruler should be a master of the pen as well as the sword’.

Hyderabad burns in the cauldron of the Nizam’s obstinacy. His Razakars, the personal army of militia, create havoc for the common man, even as the Communists spark a rebellion. Amid all this, the Nizam is troubled by an ancient prophecy that the Asaf Jahi dynasty would last only seven generations, so he keeps his jewel-laden trucks ready for flight! His network of spies is efficient; he even has a maverick Australian aviator smuggling weapons.

Several sub-plots are woven intricately; love finds its way into the narrative with Communist cadres Jaabili, ‘with short hair’, and Daniyal envisioning a future together. Then there is intrigue inside the royal palace, where the maid Uzma has to take a call on her loyalties.

A momentous time in Indian history is captured well. Mountbatten’s failed efforts at a smooth transition, the ‘secular embodiment’ Nehru, the ‘scheming’ Jinnah and the ‘Iron Man’ Sardar Patel, all play a part.

The horrors of Partition have been recreated quite graphically: ‘The 45-mile stretch between Lahore and Amritsar… littered with so many corpses that overfed vultures sat idly by, as dogs chose to eat only the livers’. Historical and mythological stories are sprinkled at will; Manreet has painted a rich tapestry, taking a cue from a turbulent period. Well-researched, facts and fiction melt into a wholesome mix, as the narrative meanders to its conclusion. Operation Polo against Hyderabad where ‘India’s victory was swift and all-out’ is a known historical fact, but what goes to the author’s credit is the tale she has crafted from its womb.

However, it’s all too informal at times, especially the way she addresses cult Indian personalities. Her imagination is rich, style fluid and language impressive, albeit a bit too fancy at times. The cast of characters listed in the initial few pages seems a little jarring, so does the capitalisation of words at numerous places. Even the length could have been benign on the reader’s attention span.