Jerry Pinto’s The Education of Yuri is portrait of a writer in Bombay : The Tribune India 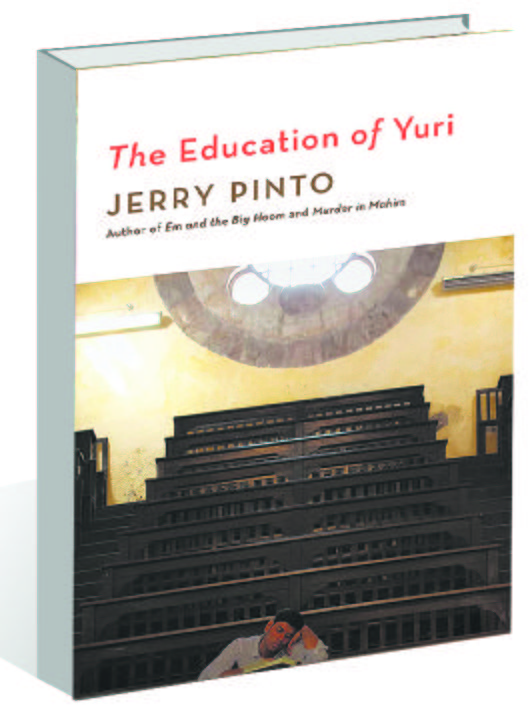 Book Title: The Education of Yuri

This new novel by Jerry Pinto will be celebrated as a Bombay novel, an old Mumbai marvel. It is clearly rooted in Bombay’s topography, in its social geography, in its cultural history. But it is also a novel that speaks to all of us, whoever we are, wherever we are. I don’t know if we lose anything by not knowing Bombay or Mumbai but I know that the novel works, in any case, like any good literary work so clearly placed in its time.

This insistence on Bombay rather than Mumbai would have alerted you to the fact that the novel is set in earlier times, in the 1980s. This is a novel set in a time when ‘urban Naxalites’ still went off to take arms against the system, when education wasn’t seen in only functional/utilitarian terms, when liberalisation and the rise of right-wing politics were still to come, when people were getting ready to let go of a past but still hadn’t seen the future.

This is a novel about a young man, Yuri Fonseca, and his coming of age at a time when everything seems meaningless. You come of age because of biology, you go to college because that is what people like you do (from Class XI itself in Mumbai!), you spend time drifting along because isn’t that what life is? Jerry Pinto tells us that Adil Jussawalla called this “the first Indian existential novel”, and one can see why he said so. Nothing really matters, life goes on, and if you are the type, you record its passing.

Yuri Fonseca is a budding poet and writer (yes, in English, the language he is at home in, which is a further cause of his sense of alienation — how can you be at home in English if you are not part of the elite?), an orphan who is brought up by his uncle Julio who gives up his own career to look after his sister’s son. Yuri finds it tough to belong to any group, to make any friends, because he comes from this background, one that is neither here nor there, with his uncle who is celibate, belonging to the Order of the Lay Contemplatives, not of this world but not of the world of the clergy either who look down on him. This sense of non-belongingness has to be overcome by Yuri as he receives his education from life — the education (the emphasis that you find in the title) that would socialise him, that would make him independent, that would equip him to find his place in the world.

In a sense, this is the portrait of a writer as a young man. We see his evolution into the writer-journalist he becomes at the end of the novel. Yuri records his thoughts, writes compulsively, trying not just to make sense of his experiences but trying to make literature out of his experiences. He is ruthless in criticising his own writing. He echoes existentialism in one of the passages that he writes about himself when in the ninth class — ‘We are born alone and we die alone. In between we reach other people. But loneliness seemed to be his natural habitat.’ He crosses out the lines commenting: ‘Glib glib glib. Awkward, yes, but not alone.’

This novel is about how he socialises, how he makes friends, including girl-friends (losing and finding them), how he crosses boundaries and learns to fit in without losing his own identity — the most difficult lesson of all. His friends, Muzammil, Bhavna, Bimli, Luigi and Arif, and the friendly drug addict of a bookseller, help him along the way. As do Nissim Ezekiel and Adil Jussawalla in their guest appearances.