Fauja Singh (109), the world’s oldest marathon runner, has created history as this ‘young athlete’ has been featured as a superhero in a children’s book. He has beaten a number of world records in multiple age brackets. However, none of his times have been ratified as records.

It narrates the story of the centenarian, a native of Beas village in Jalandhar district, who completed a marathon at the age of 100 in 2011. It aims to tell the children the story of a Sikh man who began running at the age of 81, since he was born with weak legs, for which kids in the village teased him, calling him ‘danda’ or stick.

Fauja Singh never learned to read because he didn’t go to school, and even now, at the age of 109, he still has not learned to read. The book, which includes illustrations by Baljinder Kaur, traces the journey of the young Fauja from Punjab to the UK. It describes how the young Fauja, whose name meant ‘warrior lion’, wanted to feel stronger but his parents worried that he might not even be able to walk.

In England, Fauja Singh eventually underwent professional training and emerged the world’s oldest runner when he ran the Toronto Waterfront Marathon at the age of 100 in 2011. Fauja Singh has also written a foreword for the book. 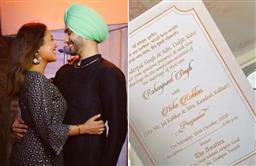