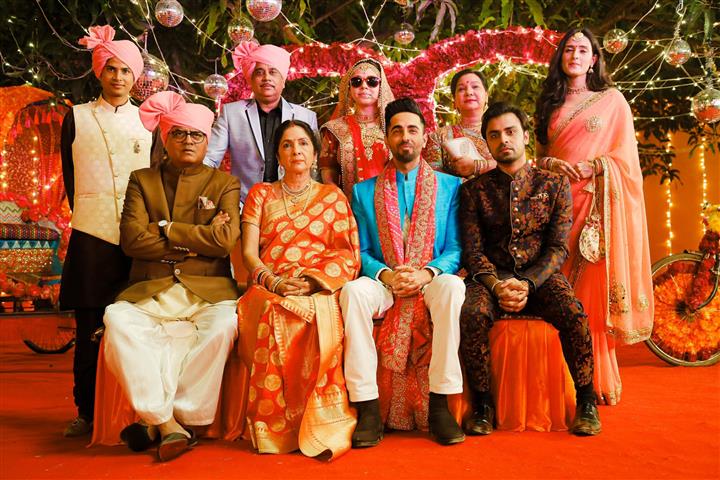 All through the promotions Ayushmann Khurrana has reminded us time and again how Shubh Mangal Zyada Saavdhan is not a serious film. And fair enough it’s not. Even though the subject at hand is neither flippant nor frivolous, there is a light-hearted rather boisterous touch to the narrative that deals with same sex relationships.

Adami hoon aadmi se payar karta hoon… the writer- director foregrounds the subject early on. These two Kartik Singh (Ayushmann Khurrana) and Aman Tripathi (Jitendra Kumar or Jeetu as the credits tell us) are very much in love. And their liaison is discovered by the family quickly enough as well. Rather the father stumbles upon them caught in a clinch. Only unlike a typical melodrama here all hell doesn’t break loose. Set amidst the revelry of a wedding there is much fun and frolic and the film races to the halfway mark even before you can blink.

Post interval, things do take a farcical turn and not all of it sticks. But what does is the earnestness of Jeetu as Aman. One of the lovers in this prem kahani, his dilemma as a man torn between his natural sexual orientation and loyalty to his family and their conventional value system is visible in his wide eyed expression all through. His counterpart Ayushmann Khurrana is flamboyant and upfront too both in his admission of his sexuality and its manifestation. As always Khurrana deserves kudos for his ability to meld with his brave choice. Of course, the bold subject doesn’t follow a bold treatment. But for a few smooching scenes between the two male lovers, the director has no intention to shock you or take you out of your comfort zone. Intimacy between the lovers is out of bounds for the viewers and explained in scientific jargon. After all, it’s a family drama and the head of the family Shankar Tripathi (Gajraj Rao) is a scientist. Busy growing black cauliflower high on nutrition (a clever allusion about what is against nature and what isn’t); he is not the only one who is wee bit idiosyncratic. The Tripathi khaandan including other engaging members such as Manu Rishi (as the Chacha) is quite a riot. Gajraj Rao and Neena Gupta, playing husband and wife once again, are in brilliant form. Aided by some sterling writing, their chemistry and sparring takes the film to another level. Sure there are some blips too. Maanvi Gagroo as Goggle, for instance, to begin with, does not seem in sync with the film’s progressive beliefs. The film’s obvious attempt to induce laughter too does turn facile at several points. However, there are as many saving graces. For one there are no caricatures here. But for the nose ring that Ayushmann’s character supports and occasionally dons a pink duppata, gays are seen through lens of normality. They are normalised as best as possible in a regular mainstream movie with comedy at its heart. What is equally creditable is despite the fun factor, the movie makes more than a point. The wrap up might seem convenient but is pertinent too. Acche log aise nahi karte tells Neena Gupta to her husband and he says, “Hum ache bure nahi, hum log hai.” Especially remarkable is the scene where he admits that he may not understand but does accept the son’s right to lead his own life.

Ja Simran ja, jee le apni zindagi…the iconic DDLJ dialogue gets a new twist, so does the Jack and Jill poem and the film tips its hat to Big B at many junctures. All set to take saat pheras with his lover, Jeetu as Aman says, “Tripathi khaandan is ready to set an example.” Will the film too? Well, it may not be exemplary but does show the way. A serious thought can certainly be packaged in engaging ways and this sugar-coated pill is more than palatable. Enjoy, as the delightful film will make you shed quite a few blinkers, not just homophobia. 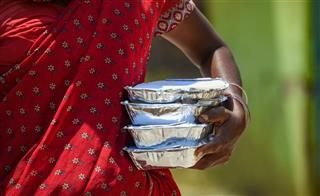 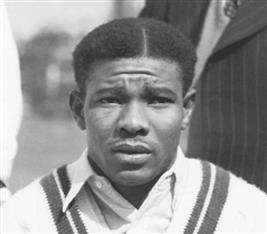 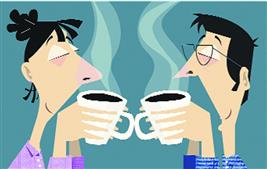 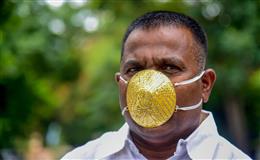 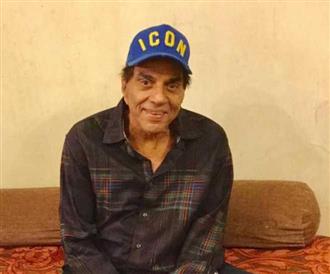 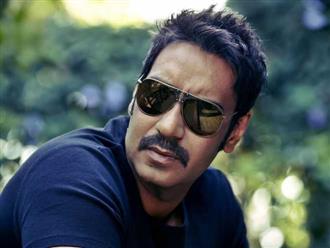 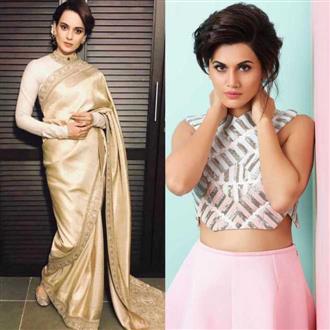