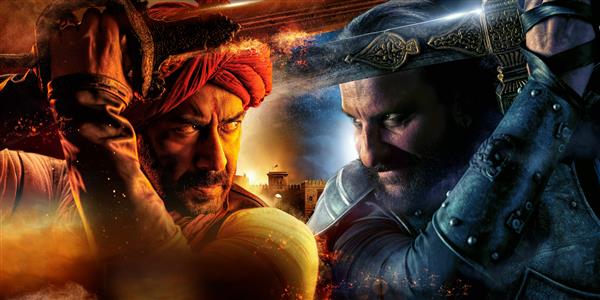 A still from Tanhaji: The Unsung Warrior

In this film, Ajay plays the titular character, Tanhaji Malusare, one of Chhatrapati Shivaji Maharaj’s (Sharad Kelkar) closest aides, a leader of his military who took on a battle crazy Udaybhan (Saif Ali Khan), a Rajput who fought for Aurangzeb ( Luke Kenny) in the Battle for Kondhana/Sinhagad (February 4, 1670).

Prakash Kapadia & Om Raut’s story, though fortified by history, is more splendiferous Bollywood hype. Taking the kernel of Tanhaji’s valorous attempt to win back Kondhana - honouring Rajamata Jijabai's (Padmavati Rao) prideful oath of walking bare feet until the Marathas recapture the Kondhana fort, the writers use vicarious embellishment through pop-patriotism and saffron flashing to fuel the already aroused sentiments of a Nation battling within itself.

It’s a risible attempt to score plebeian victories. So dialogues have that nationalistic sentiment and fervour (even at a time when the nation state did not exist) and even though the principal battle here is between two natives, both Hindu - Malusare and Udaybhan, we are never allowed to forget the fact that this battle is more religious (another fantastic untruth) than about territory . That’s probably been the bane of every quasi historical Hindi film that hopes to tap into contemporary sentiment for pecuniary gains. The attempt to paint every native ruler/militant in glorious hues just doesn’t gel. And the obvious ideological slant doesn’t feel genuine within the period setting. Even the spattering of Marathi (especially by Devgn - in terms of diction and enunciation) throughout the film, required a little more clarity.

While the event, well documented by historians, is real enough, the manner in which it plays out feels mythic given the extravagant setting, lavish costumes, VFX augmented grandeur and spectacle happy action.

The first half may be a little slow on the uptake - given its intentions to lay bare the mechanics behind the growth of a warrior, but the second half more than makes up for that lag. The panoramic setting, inflated action, massive scale and large cast of characters do lend epic feel to the narrative. The larger-than-life, intense and vivified performances by Ajay Devgn, Sharad Kelkar as Shivaji Maharaj, Kajol as Savitribai Malusare and especially Saif Ali Khan (contorted villainy on display) balloons the effect into one of munificence. Ramazan Balut’s action choreography, Dharmendra Yadav’s editing, Sandeep Shirodkar’s background score and Keiko Nakahara's cinematography lend vigour, tension, emotive resonance and brilliant colour respectively, to this gut tearing, fist pumping engagement.

Nachiket Barve’s costumes and Sriram Iyengar and Sujeet Sawant’s production design combine beautifully in order to play up the mythical contours of this story.

This film definitely has the best visual effects ever seen in a Bollywood film and is comparatively the most satisfying period drama we’ve experienced in recent times. Above all, Om Raut’s contribution towards making all this happen, in compelling majesty, is definitely laudable! 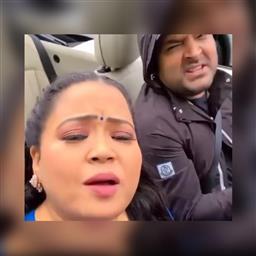 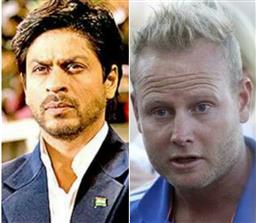 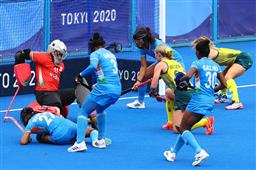 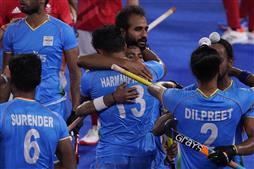 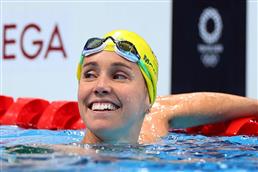 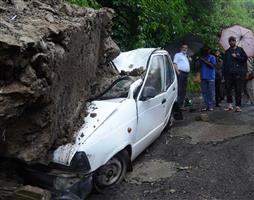 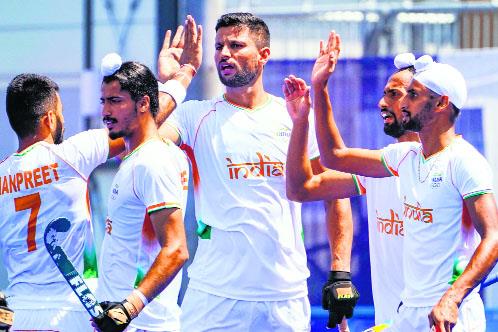