Punjabi film Moh has stepped into unchartered territory and quite successfully so : The Tribune India 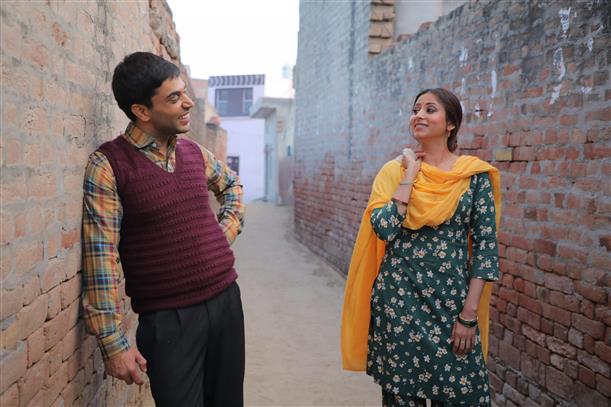 In one sentence, Punjabi film Moh is pure poetry! And the director, Jagdeep Sidhu, has lived up to his reputation. Sargun Mehta and debutant Gitaz Bindrakhia have delivered, and their chemistry stands out despite the age difference, which happens to be the central theme of the story. It’s one successful attempt in an uncharted territory for Punjabi cinema.

Narrated by Amrit Amby, the film follows a nonlinear pattern of storytelling. Rabbi (Gitaz), the hero, is a school boy who falls in love with a married woman, Gore (Sargun). If the former is a Shiv Kumar Batalvi fan, the latter has learnt Jaun Elia by heart. As they both recite their favourites, music compliments their outstanding performances.

The beginning is slow but soon it becomes a rollercoaster of emotions — from infatuation to love to separation to betrayal to reunion to poetic justice! And, mind you, there couldn’t be better ending to Jagdeep’s screenplay than Jaani’s shayari. Soaked in spiritual love, it’s a chapter even Hindi cinema can take a cue from. Sargun’s screen time, even though lesser than Gitaz, is worth applause. With Gitaz, Jagdeep has given one gem of an actor to Pollywood. It remains to be seen whether he can do justice to a comedy film, but through his acting he sure made the audience shed tears in this one. The director has made sure every supporting cast member added value to the script. If you are a fan of poetry, this one is for you; if not, you will walk out as a believer in poetry! One can expect nothing less from a film that marks the debut of Surjit Bindrakhia’s son, Gitaz, has lyrics by Jaani , and B Praak and Afsana Khan as singers.