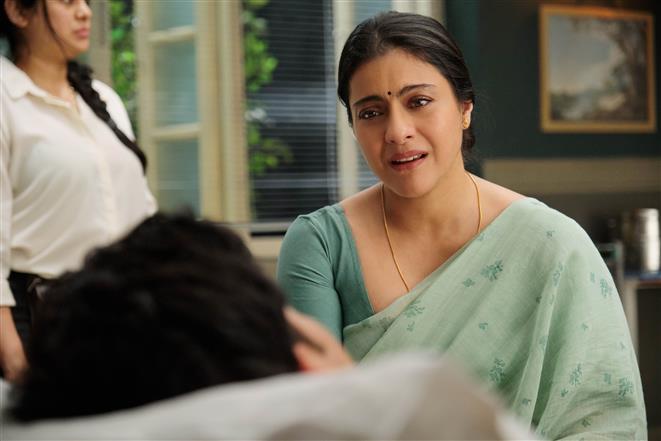 Even a criminal has the right to a last wish…What if a terminally ill young boy’s last wish is death, so that he can live on in others? Revathi helms a sensitive subject in this Kajol-Vishal Jethwa-starrer, story of a mother and son, who challenge the legal system for a ‘just’ society.

Based on the book The Last Hurrah by Shrikant Murthy, which in turn is inspired from a true story of Sujata K and her son Kolavennu Venkatesh, afflicted by terminally debilitating Duchenne Muscular Dystrophy (DMD), Salaam Venky pans out largely in a hospital. Twenty four year old Venky (Vishal Jethwa) is facing death rather bravely. Sujata (Kajol) isn’t ready to give into his demand for euthanasia and organ donation, but Venky’s persistence and his fast-deteriorating condition makes her change the stance.

Revathi, who has given a critically acclaimed film Phir Milenge in 2004, which dealt with the topic of AIDS, effectively shows the endearing bond between the mother and son, despite the tough fate they have met with. The film portrays a rather rosy picture of Venky’s life where he just not endures unbearable pain with a smiling face, but also has the loving and nurturing support at a well-equipped hospital.

Kajol delivers another fine performance as a maa, not the typical Bollywood one— hapless, helpless—but a strong, single, woman ready to take on the challenges head-on. Vishal Jethwa, who has given some powerful acts, including the series Human, shines in this one too. Ridhi Kumar as a caring sister, Aneet Padda as a love interest and Anant Mahadevan as the ashram guru, lend able support to the narrative. Rahul Bose as the lawyer invested in the cause and Aahana Kumra as an earnest journalist give fine performances too.

Ravi Varman’s cinematography fits the mood. Music by Mithoon is all but average.

On the down side, one cannot make out much about Aamir Khan’s presence; the premise is not contextualised well. While Jethwa’s act is on point, he looks rather youthful even in the death scene.

Yet, the film is able to drive home the point—zindagi lambi nahi badi honi chahiye’. At 136 minutes, it sure leaves you misty eyed, inspiring you to look beyond the self and make a difference to society. Revathi registers a sure win there!