Sudeshna Guha’s ‘A History of India through 75 Objects’: How objects inform us : The Tribune India

Sudeshna Guha’s ‘A History of India through 75 Objects’: How objects inform us 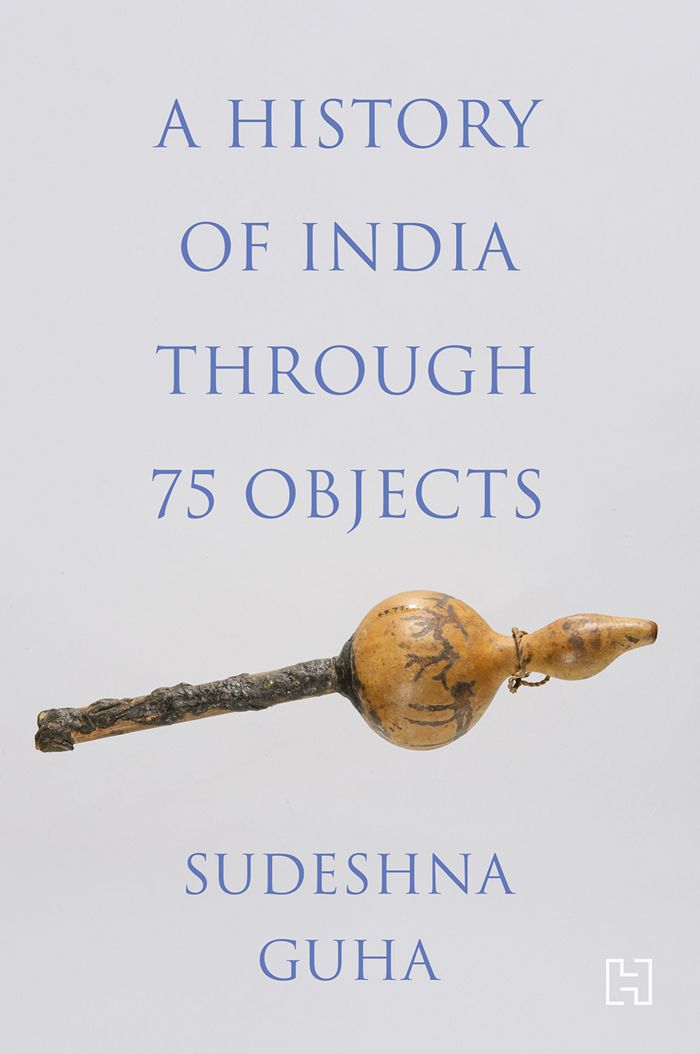 
Book Title: A History of India through 75 Objects

What do objects tell us about their times? This is a question that historians and others have been asking for some time, and, in the process, imbuing objects of the past with layers of meanings. Sudeshna Guha’s ‘A History of India through 75 Objects’ adds to such endeavours and explores how an understanding of India’s past can be developed through 75 objects that she chooses, chronologically. The significance of this work in the 75th year of Indian Independence is hard to miss. Guha’s choice of ‘objects’ is not limited to the exotica, but also includes those that hold meaning and have transformed lives of people, even in their mundaneness, like the chalet (mobile) solar pump. Objects carry meanings, not just those that they were instilled with, like the royal portraits, but also those that rest in their sheer materiality, as well as those that later observers read into them. Objects become texts that acquire meanings as newer readers find resonance through their experiences, making objects appear far more than they seem, or perhaps are.

One such object that Guha explores is the iconic ‘dancing girl’ of Harappa, which acquired its early characterisation owing to the opinions of the archaeologists who were the first to observe it. She shows not only how later art historians have questioned the labelling of the statuette as a dancing girl, but also how she figures in the contesting arguments of national belonging between the two nation-states of India and Pakistan, as did the jadeite necklace. The Pompeii Yakshi, on the other hand, carries tales of long journeys that merchants undertook from the southern Indian shores to the Mediterranean, and the objects that made their way with them. We also come to know the story of the discovery of the famous Didarganj Yakshi and the way her social location became a matter of debate between experts and local people.

Yet another object that lent itself to contentious politics of the present are the supposed doors of the Somnath temple. It was believed that after demolishing the Somnath temple, Mahmud of Ghazna took the doors of the temple with him to Kabul and these were later fixed to his tomb. In 1843, following the Anglo-Afghan wars, the British official Lord Ellenborough decided to uproot doors of the tomb of Mahmud of Ghazna and bring them to India. This move was criticised by several people, including Macaulay, who thought it would promote backward religious practices in India, which went against his desire to create a new kind of India. By the time the British government ordered Ellenborough to stop, the doors had already reached Agra, where they were then put in storage. Even though later archeological research suggested that the doors were made of pinewood and had decorative motifs that placed them closer to styles prevalent in the Islamicate world, the doors continue to be labelled as the doors of Somnath temple in the Agra fort museum.

Guha’s book also dedicates some pages to the changing nature of visual representations, which range from Akbar’s ‘Razmnama’, ‘Jahangir with the Portrait of Madonna’, portraits of Shivaji and Serfoji, a Deen Dayal photograph, a poster of the film ‘Mother India’, Gaganendranath Tagore’s ‘Jatashur’, Prabhu Dayal’s ‘Bharatuddhar’ print, the Amul billboards, the LIC logo, Pabuji’s Phad (painted scroll) and a Kaavad put to new uses. Each one of these images is stylised to convey meanings that the patrons as well as the artists wish to impart. What this also highlights is how despite ever increasing literacy, the visual continues to hold the attention of the Indian people.

Interestingly, Guha’s inventory doesn’t merely turn objects into texts, but also turns texts into objects. Through her readings of Kalhans’s ‘Rajtarangini’, a Quit India pamphlet, the Ambedkarite epic ‘Bhimayana’, and ‘Munnu’, a graphic novel on Kashmir, Guha argues that texts also turn into empowering objects, underlining the complex interface of the oral and the visual in histories of material culture. One important item missing from the inventory is sound, and its materiality, whether in the form of musical instruments, or the ubiquitous loudspeakers that dot the Indian landscape.

One of the important merits of Guha’s work is the shift away from the exotic to the contemporary and utilitarian objects, like the Ambassador car, or the Electronic Voting Machine (EVM), both representing shifting contours of power in modern India. An even more important, though short, entry is the ubiquitous Godrej lock, which not only signified the Indian resolve for ‘atmashakti’ (self-reliance), but has become the brand name that represents security for common people even today.

This aspect of Guha’s work points towards a much-needed distinction that separates the idea of heritage from that of material history. Guha demonstrates that objects, whether they are exotic or commonplace, do not acquire meaning only through the fact of their antiquity or uniqueness, but through the ways in which they provide meanings and contexts to the people who associate themselves with these.