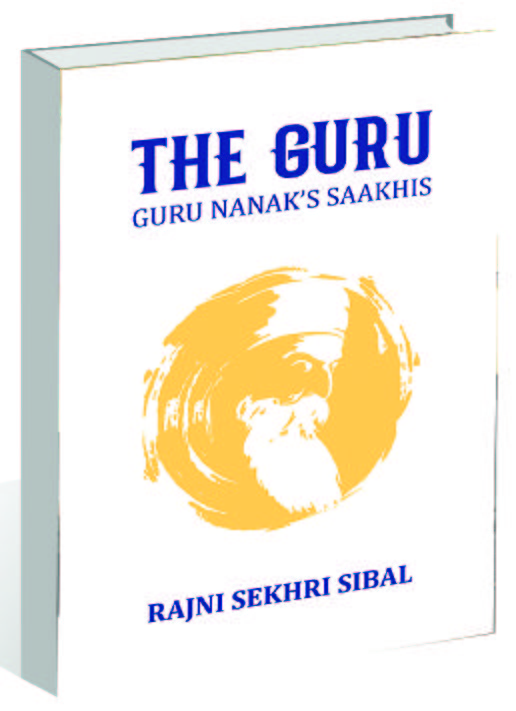 The saakhis of Guru Nanak Dev — the stories of his life — have an enduring quality and appeal about them. One never tires of reading their many versions penned over the last five centuries. That one is compelled to go through Rajni Sekhri Sibal’s ‘The Guru: Guru Nanak’s Saakhis’ non-stop only underscores this fact. The eternal value and profundity of the philosophy propagated by the Guru forms the basis of this global and undying appeal. It inspires one to rethink on the ways of the world and lead a better and fulfilling life through simplicity and compassion, reaffirming the timelessness of the truth that the enlightened Guru spoke of.

Helping the reader navigate the Guru’s deep thought — steeped in wisdom, rationality and humanity, while exposing hollow and baseless beliefs and socio-religious practices prevalent during his time 550 years ago — is Rajni’s easy rendition of the stirring anecdotal tales. Sketching some popular incidents that shaped the Guru’s worldview, she effectively brings the characters to life with her imagined conversations between them.

This enactment should especially keep the younger generation engaged with the gripping and insightful narrative. An engagement of the children is much needed. For, unlike Rajni who grew up listening to the wondrous saakhis narrated by her grandmother, the oral tradition of the elders passing down the treasure trove of tales of our religious-cultural heroes is dying.

The epilogues following each chapter of Guru Nanak’s life — right from his birth at Nankana Sahib to his spiritual quest for knowledge of the cosmos, his enlightenment and him being endearingly known as ‘Baba’, the grand and wise — put the stories in the present context as today’s exact locations are described. Adding a spiritual touch to the narrative are embellishments of the saakhis with verses and hymns attributed to the founder of Sikhism.

Pertinent also to our present-day society that is fractured along religious and caste lines are Baba Nanak’s interactions with pandits in Haridwar and qazis in Mecca, as also his worldly activities. Whether Nanak is studying or doing business or getting married or is on his travels far and wide, each serves as an occasion for the revelation of a truth, all centred round the Ultimate Truth: the oneness of humanity, based on empathy and rationality.