The roar turns to a purr : The Tribune India

The roar turns to a purr 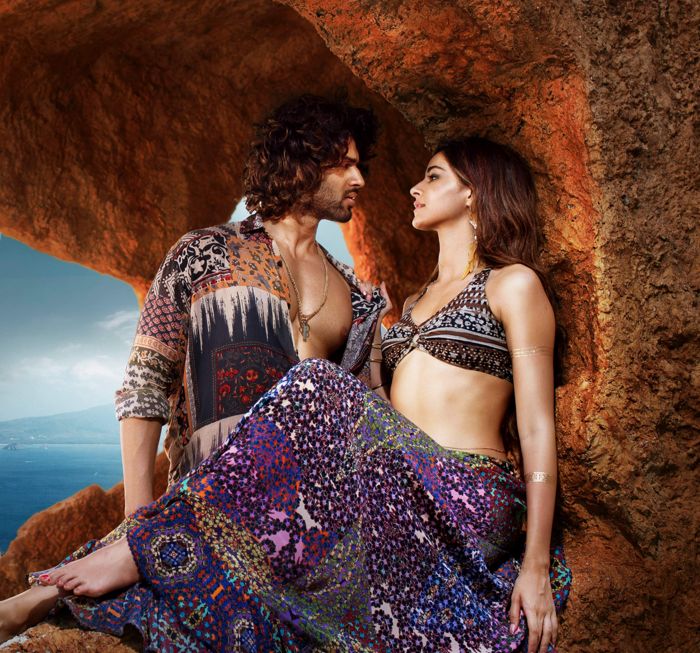 He stammers and fights. When people ridicule him for his impaired speech he fights more and mouths a mouthful of gaalis. If that is not enough to make you wince, there is more that will make you throw up your hands in despair.

Vijay Deverakonda as and in Liger, a crossbreed of a tiger and lion so we are told, had whetted our appetite for yet another masala outing. For one after another South sensation is conquering the pan-Indian territory and hearts across India with pure entertainers. Alas, this Dharma Production, which projects Deverakonda as an underdog wanting to conquer the Mixed Martial Arts mantle, falls flat on many counts.

Sure the actor can shake a leg and flex his muscles like few can. Up to a point the action sure is seeti maar. But in a two-hour- twenty minute- paisa wasool film you expect more than maar dhaad. To be fair for the semblance of a story there is a comely heroine (Ananya Panday), a fierce mother (Ramya Krishnan) and a well-meaning MMA master (Ronit Roy). But if Ananya’s act as she plays a millennial blogger is over the top, Ramya as a tiger mom seems to be in perpetual Baahubali mode, flashing her eyes spewing venom with and without provocation. Till the interval at least, the film generates few laughs and with its breathless speed doesn’t leave you time to think how senseless all this madness is.

But if you are looking for a method in the madness, take a break. The storyline which takes us from Mumbai to Las Vegas flies in whichever direction the director writer thought it convenient at whichever point he couldn’t think straight. Some scenes and plot angles are so contrived that these seem to have been written on the spur of the moment, probably on the sets itself. There are so many tropes the film employs that the word cliché itself loses meaning.

A love story, break up, millionaire father, kidnap drama and onslaught of action come together to create a concoction that is neither heady nor entertaining. As for performances, well, actors like Ronit Roy are clearly wasted. Ananya as expected of her ‘bimbette’ part overacts and creates no impact whatsoever. Ditto for Chunky Panday, who appears from nowhere as a savior, who ensures our national champion gets to represent India at international arena. The one ray of sunshine is former boxer Mike Tyson whose presence in the movie had generated much buzz prior to the release of the film. Fashioned as a fictional character, his part might be as logicless as the rest of the film, yet he gets to mouth a few lines with a fair degree of élan. But clearly even his chutzpah can’t save the film which tries to be an actioner, a love story, a tale of the underdog all at once and ends up being nothing.

By the time it ends, it doesn’t even care whether our hero wins the championship or not. So, the anti-climax should come as no surprise. And just an afterthought; is Dharma’s idea of a pan-India film making a Telugu superstar groove to a Punjabi song Coka 2.0.

Jokes apart, Deverakonda did deserve a better Hindi film and so do audiences. The only thing that works here is the chartbuster Aafat. But to enjoy the number you needn’t bear with this aafat. For the movie seems to be taking the lyrics of Sab ki waat laga denge far more seriously.