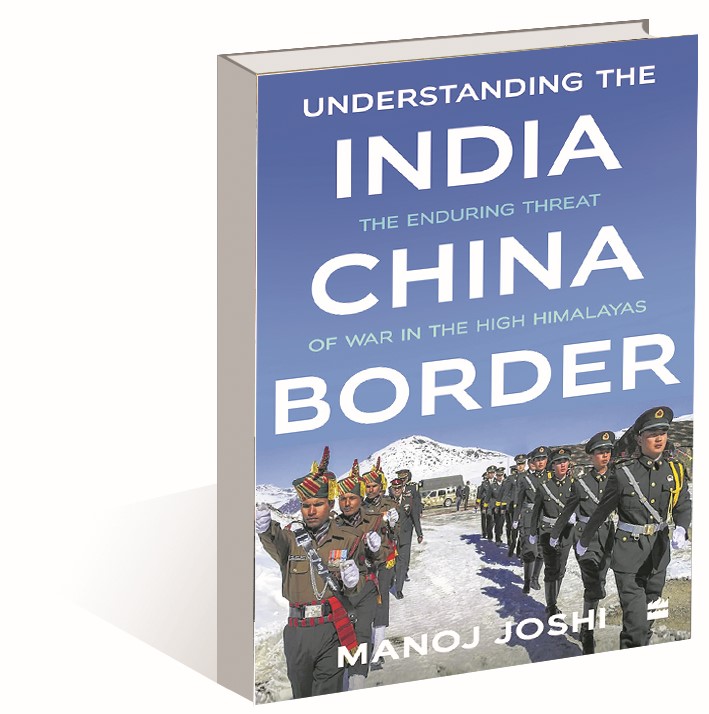 Two questions trouble the Indian mind with regard to China. Why did China turn its back from the heady days of the Narasimha Rao-Vajpayee eras and the first half of the UPA regime? And two, is the lack of trust in each other too overwhelming for them to rise together?

The flurry of recent books on China by Indian historians, former diplomats and journalists has helped familiarise many with the ins and outs of the border problem — that there are grey zones claimed by both parties is where trouble erupts. These are a legacy of shifting priorities of the British Raj; the inaccuracy of surveys with primitive instruments at maddening heights; the failure to accept a practical offer from a superior and ruthless neighbour; and the 1962 PLA advances and pullback which bring us back to the border troubles in those very spots.

Manoj Joshi’s account tends to be richer and more textured because of his ambidextrous expertise in military and foreign affairs which had infused his earlier work on the peak years of Kashmir insurgency. With hardly a hint of a conjecture or ideological predisposition, this approach brings some unpleasant truths to the surface that even seasoned diplomats and military men, who would know more, are wont to tread warily.

With the help of on-record statements, it is clear that China’s continued occupation of a portion of Depsang plains is not a legacy issue, as has been claimed by the Foreign Office and serving Generals. Or that the withdrawal from some standoff points in Ladakh has been advantageous to the Chinese side. Joshi, however, sees a silver lining in what is a fait accompli — the loss of slivers of land most of which had potential as useful launch pads to cut off the 219 Xinjiang-Tibet Highway, the Chinese version of the Siliguri Corridor in terms of vulnerability. The no-patrol zones where the standoff had taken place fall on the Indian side of the LAC. But even so, if neither side patrols them, it is better than the friction that now occurs.

An avid reader of maps and archival documents who trod some of the areas now under military stress and interacted with principal actors and their aides from both sides, Joshi throws up several probabilities for the present laundry list of dissonance in Sino-Indian relations. Did the Chinese do a rethink on settling the border issue because of the Delhi visit of US President George Bush’s foreign policy points-person Condoleezza Rice with the promise to “make India a world power’’? This was followed by Japan and India turning their ties to a strategic partnership with the upgrade taking place under the shadow of anti-Japan riots in China.

It may be a coincidence that the rising India-US military and strategic proximity coincided with the start of bizarre incidents on the border. Even if it wasn’t, India now cannot back down from the new and closer partnerships it has struck. But contrary to prevailing WhatsApp wisdom, by 2008 — around the time India was in the final lap of its civil nuclear agreement with the US —there was foreboding in the Manmohan Singh government that the LAC is set to become live again.

The Operational Military Directive of the tranquil 1980s was changed to cater to a two-front challenge that would simultaneously involve both Pakistan and China. The book delves into the crises on the LAC’s Eastern Sector in Doklam in 2017, which was much different than in Ladakh because it has no 219 Xinjiang-Tibet Highway factor, if there is one. Here, too, India may have come off second-best though a triumphant narrative played out in Delhi for two years, fortuitously for Narendra Modi during the 2019 general elections as well. It tapered off as soon as satellite images established that China had entrenched itself more solidly not just in Doklam but at other points along the Arunachal border. There could be more adverse news in the offing if the Chinese pressure on Bhutan leads to a border settlement that gives Beijing rights over Doklam as also just below Tawang that is an active bone of contention.

The book, however, is not the usual simplistic explanation of India-China ties having entered into a classic military dilemma where an upgrade of A’s border infrastructure is seen as a security threat to B. What stops a total war? Is it the booming trade that triggers spells of forbearance and occasional calibration to cool down temperatures? Is the time lag for India in the border modernisation gap only 10 years? Come what may, India will resist an increased PLA footprint, especially in the Indian Ocean region. Or else, as Joshi had retorted in Beijing after a heated verbal skirmish with senior PLA officials while the Doklam standoff was still on: “If we go down, we will take you down as well.”