War, love, treachery and treason in Assam in Arup Kumar Dutta’s ‘The Ahoms’ : The Tribune India

War, love, treachery and treason in Assam in Arup Kumar Dutta’s ‘The Ahoms’ 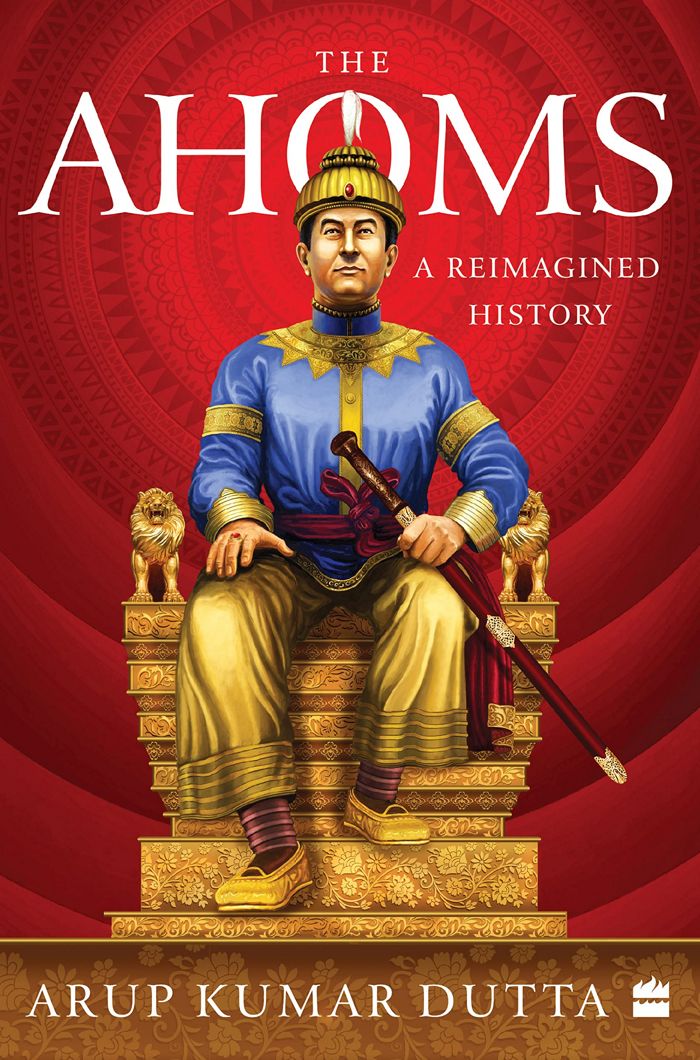 “Prince Sukapha is destined to be the king of his own empire and head a dynasty which will rule for many centuries.” Thus predicted the Deodhai after he slit the throat of a cock, which belonged to the stock of roosters brought down from heaven by Khunlung and Khunlai, who descended on earth to become progenitors of the Ahom race. Who knows if the cock indeed was from the stock of the heavenly roosters, but Sukapha did enter Assam in 1228 and established the Ahom dynasty, which ruled for six centuries, proving the Deodhai’s prophecy correct.

Imagination blends seamlessly with historical facts in this well-researched book, ‘The Ahoms’. Tagged as a re-imagined history, it meanders through the migration of a branch of Shan or Tai tribe from the Shan country, which encompassed Myanmar and Yuan province of China, to Assam, under the leadership of Sukapha. From the establishment of the Ahom kingdom in 1253 to the major events that the empire witnessed through its 600 years of tumultuous history, it chronicles all. The sun finally set on the kingdom with the annexation of Assam by the British in 1826.

Ahom history, replete with the tales of war, bravery, betrayal, love, brutality, treachery and treason, makes for a fascinating read. The reign saw some major invasions from the Mughals, Chutiyas, Kacharis, the Maans and the British. Not to forget the unrest caused by the revolts by the Moamoria sect that shook the pillars of the kingdom.

As one moves from one politically volatile period to the next, one witnesses the synthesis of components like language, culture, religion, art and architecture from the Ahoms as well as the native tribes, which finally gave rise to the distinctive Assamese culture. Religion was the first step towards this cultural assimilation. The Ahoms, who were non-Hindus, adopted the local religion, Hinduism, during the reign of Sudangpha (1397-1407). The author writes, “It was the first time that Hinduism, which was the predominant religion outside the Ahom realm, penetrated into it right at the very top. Hindu rituals, including worship of Laxmi-Narayan Shaligram in addition to the Shan idol Somdeo, began to be performed at the royal palace. Later, the Hindu God Indra supplanted Lengdon (the ruler of heaven) in Ahom estimate and Ahom kings began to adopt Hindu names in addition to the Shan titles.”

Language was the second step. Mumai Tamuli, who was the first Barbarua, the highest administrative post in that era, convinced Swargadeo Susengpha to adopt Assamese as the official language of the court along with Tai.

That’s a lot of information to take in at one go, but the interesting events, fluid language, dramatisation of stories through dialogues, make things easier for the reader. So, this book is not just for readers who are familiar with axom buranji (the history of Assam) but also for those who find names such as Sutepha, Sudangpha or Suhungmung totally alien. In case a reader loses the connecting thread, a narrator pops up and puts things into perspective.

The perspective, rather the narrative, at times is questionable though. For example, the Battle of Saraighat, wherein Lachit Borphukan meted out a crushing defeat to the Mughal army led by Ram Singh, is described as a battle between the Ahom, characterised as a Hindu army, and the Mughal forces, seen as a Muslim force. The Battle of Saraighat was much more complex than that.

To quote Samrat Choudhury, the author of ‘The Braided River’: “...it was a battle between two empires, not a riot between two religious communities. Not only was the Mughal general a Hindu Rajput, there were also Muslim commanders in the Ahom army at key positions. One of them, Bagh Hazarika alias Ismail Siddique, is remembered for having slipped into the Mughal camps and disabled their cannons before the Battle of Saraighat.”

There is no mention of such a general in this book. And his absence is all the more conspicuous after a controversy surrounding him surfaced recently when the Chief Minister of Assam, Himanta Biswa Sarma, at a public event commented, “If you read the entire history of the Battle of Saraighat, you will find there’s no mention of Bagh Hazarika anywhere.”

While it is for the experts to confirm whether Bagh Hazarika actually existed or not, as demanded by Muslim intellectuals and various scholars, here’s hoping that this genre of reimagined history, with its potential to push a particular narrative, does not end up being another divisive tool in this highly polarised world.