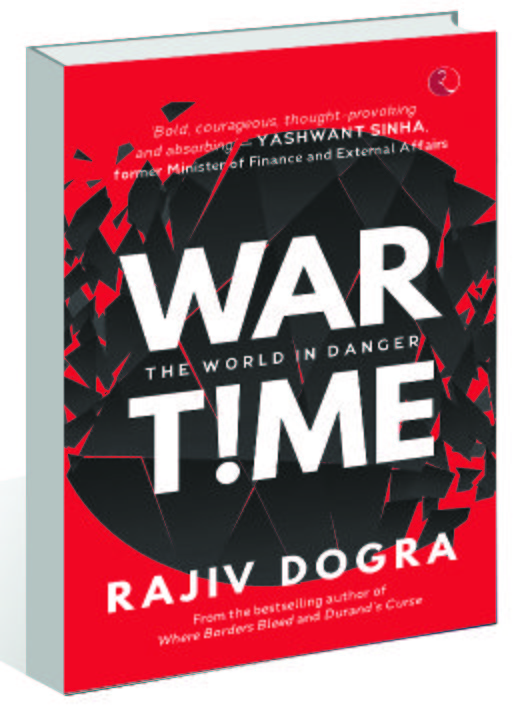 With the East-West rivalry turning into a distant memory and the debate now turning to China’s intentions and global status, as a new world order seeks to emerge from the ashes of the Covid-19 pandemic, Rajiv Dogra, a former diplomat, gives a riveting description of the changes taking place in geo-politics and the strategic choices of the major powers. The creeping authoritarianism and declining democracy are some of the areas of concern, along with societies becoming fragmented.

The author puts special focus on China. The battle between the two worlds — one liberal and tolerant, the other Xi Jinping’s hyper-nationalist and dictatorial China — is almost apocalyptic with Xi seemingly determined to destroy the ‘idea of post-war world’ as a sanctuary of liberalism and diversity. He seems to convey that the US, the world’s top superpower, is in decline and it is China’s moment to rise.

Within China also, he is referred to as the ‘accelerator in chief’, meaning that his aggressive approach is leading to domestic and international conflict. With China setting a new 2035 goal for itself, the author asks if the world is prepared for that when China aims to replace America as Capo dei Capi?

Quoting former PM Manmohan Singh who predicted way back in 2005 that the race for natural resources would define the global competition in the coming decades, the author says that the circumstances will force the United States to engage with the world and keep manoeuvring to retain its position as the sole superpower of the world by providing leadership. Failing to do so will mean China slipping into that position. While the world in general, and the West in particular, continues to be wary of China, their own munificence is to blame for its rise, prompted by Cold War fears of the Soviet Union. It was the western investment and transfer of technology that catapulted China to its present position.

The book also dwells on Russia saying that the aim behind its invasion of Ukraine was to alter the balance of power imposed on it after the Cold War. But an expanding NATO is not Russia’s only worry. Its other long-term consequences relate to the Far East and the Western Pacific where it contends with China and US though its ties with China have helped both to counter the United States. Russia resents the American sanctions but that has not stopped it from being a controversial factor in US politics.

The book deals with the problems emerging from multi-culturalism and the use of Artificial Intelligence, the risk of it becoming superior to human performance in many domains. Despite the technical perfection, the artificial world will not be able to tell us what is relevant or set the limits of what is morally permissible. India’s efforts to carve a niche for itself in a hostile neighbourhood, dangers of a nuclear holocaust and the changing contours of a future battlefield where technology and information warfare create new dimensions find mention.

The book provides lucid insight into the forces shaping contemporary international relations and has been written with remarkable felicity, making it an enjoyable read, especially because of its contemporary relevance.