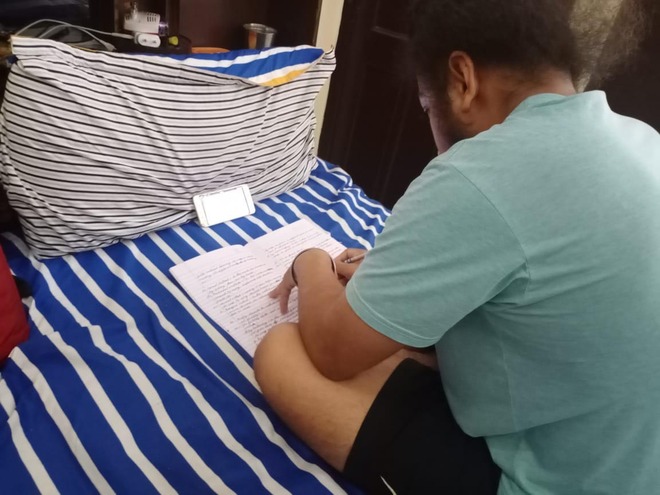 A household survey conducted by the Haryana Gyan Vigyan Samiti (HGVS), a volunteer organisation, in nine districts of the state has revealed that merely 14 per cent students of government schools are doing online studies regularly while remaining 86 per cent are finding it difficult to study online due to various reasons.

The survey has also disclosed that children lost interest in studies and also forgot necessary learning skills that they had attained before the Covid-induced lockdown.

Parents say that online education is neither accessible nor feasible for their wards, hence they want offline classes as it is a better option through which children can learn in a good way. — Pramod Gouri, secretary, Haryana Gyan Vigyan Samiti

The HGVS has been working for inclusive and quality education for the past 30 years with an aim to empower the deprived and marginalised sections of society. The survey was conducted by its volunteers in 1,071 households of 42 blocks, 120 villages and 47 urban colonies of Rohtak, Panipat, Karnal, Jind, Bhiwani, Fatehabad, Hisar, Mewat and Kaithal districts from August 16 to 24. The survey was based on a questionnaire comprising 40 questions designed by economist Professor Jean Dreze, said Pramod Gouri, secretary of the HGVS. “Non-availability of smart phones, access to the Internet, poor network and lack of knowledge to handle smartphones are some prominent issues being faced by the students of government schools. Over 42 per cent of schoolchildren surveyed belonged to Scheduled Castes, 32 per cent hailed from backward castes whereas 58 per cent parents were unskilled labourers; 12 per cent each were engaged in agriculture, contractual or regular jobs and self-employment while 5 per cent were jobless,” he added.

Gouri maintained the parents opined that online education was neither accessible nor feasible for their wards hence they wanted offline classes as it was a better option through which children could learn in a good way. The survey concludes that online education cannot be an alternative for the marginalised sections of society as this mode of imparting education will create a digital divide in the country, he added.