Curious Kids: how do birds make their nests? 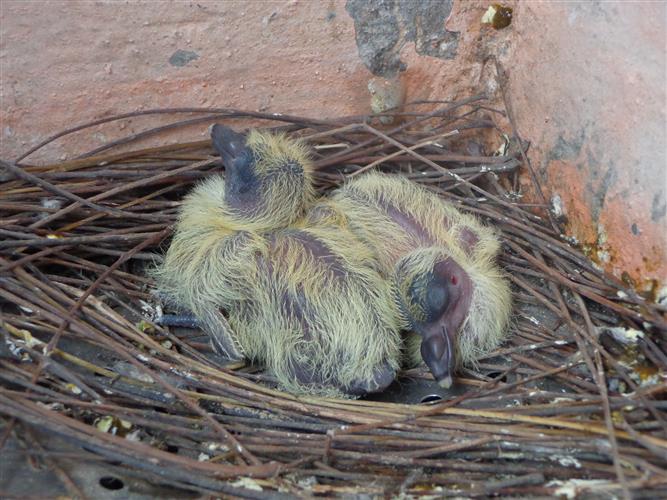 Some birds, such as cuckoos, will lay their eggs in someone else's nests. Others lay them on the ground among leaves or pebbles, or on cliffs with very little protection.

For the birds that do build nests, there is one main goal: to keep their eggs and chicks safe.

Many birds also make their nests in tree hollows, including parrots. That's just one reason it's important to not cut trees down! Meanwhile, kookaburras use their powerful beaks to burrow into termite nests and make a cosy nest inside.

And the cute spotted pardelote will dig little burrows in the side of earth banks – with a safe and cosy spot for its eggs at the end of the tunnel.

Some birds, such as brush turkeys, spend months building huge mounds on the ground which can heat up from the inside.

The male turkey makes sure the ground is exactly the right temperature inside the mound, and then lets the female lay the eggs inside. He'll take big mouthfuls of dirt surrounding the eggs to check it's not too hot or cold.

Birds construct many different types of nests. There are floating nests, cups, domes, pendulums and basket-shaped nests. They can be made out of sticks, twigs, leaves, grasses, mosses or even mud.

To do this, they gather mud and grasses in their beaks and shake it around to mix it with their saliva. They can then attach it to a branch and build upwards until the nest is complete.

In fact, bird saliva is a really strong and sticky material to build nests with. Birds will often mix saliva and mud to make a type of glue. And some swiftlets make their nests entirely out of solidified saliva. People will even eat these nests in bird's nest soup! Willie wagtails use another type of glue - sticky spiderwebs. They “sew” grasses together using spider webs and the webs help keep the nests strong against wind and water, too. They have to perfect the technique of gathering the spiderweb though, otherwise it can get tangled in their feathers.

Magpies and crows, both common visitors to our gardens, are also clever nest builders. Not only can they expertly layer their sticks into a bowl, but they also use many human-made materials in their nests. You might find them using fabric, string or a wire to hold a nest together.

Some birds such as red kites have even been seen “decorating” their nests with human rubbish. And Australian babblers line the inside of their nests with a thick wall of kangaroo poo, followed by soft fluff, to keep their chicks warm.

To actually weave the nests, birds will usually create a base by layering sticks or twigs in the place they want it. Then they use their beaks and feet to weave a chosen materials through, to hold the sticks in place.

They can pull strips of material with their beaks over and under, just like weaving a rug. They can even tie knots! Nests can take a really long time to make, so they're often reused year after year.

Weaver birds are so good at weaving, they can build complex nests that cover entire trees and have several chambers.

To summarise, birds are really intelligent animals. They use their intelligence, along with their beaks and feet, to find the most clever ways to make nests with whatever materials are available. And they get better at this by learning from others, such as their parents or peers. (The Conversation)