Officials cite hIgh scores in CBSE as the reason 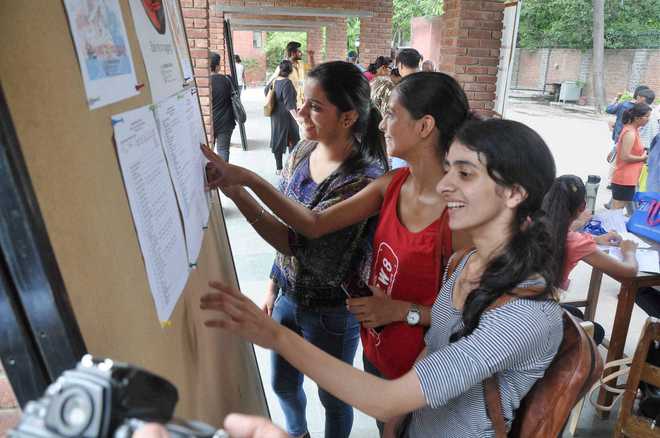 The university has received a maximum of 2,85,128 applications from CBSE Board students.

St Stephen's College released its first cut-off list for undergraduate courses on Tuesday night, with the highest cut-off being announced at 99.25 per cent for BA (Hons) Economics for students coming from commerce background.

This year's cut-offs are higher than last year. In 2019, the cut-off for BA(Hons) English and BA (Hons) Economics were pegged at 98.75 per cent for students from commerce background.

The cut-off for BA English (Hons) stands at 99 per cent for commerce students, 98.75 per cent for science and humanities stream students.

This year's cut-off for the course is higher by 0.25 per cent for commerce and science students.

The experts said that the high cut-offs of St Stephen's College set a precedent for other colleges, indicating that the cut-offs are going to be on the higher side.

Shobha Bagai, Dean (Admissions), DU, said, "The cut-offs are likely to be announced after October 12. We have sent the schedule to the administration. The administration is waiting for the UGC calendar. We should hopefully announce the schedule for cut-offs in this week." On being asked about the probability of cut-offs being on the higher side, she said that it's not that the university will be arbitrarily increasing the cut-offs.

The official said the cut-offs will be determined by the number of applicants falling in a certain bracket.

"We cannot have riders like St Stephen's. The university wants to keep it simple. The number of high-scorers are high and to limit the admissions we have to keep the cut-offs high," she added.

Sharing similar sentiments, Manoj Khanna, the principal of Ramjas College, said, "We will have to go by approximation. The cut-offs will be higher in the first and second lists than last year. There is a lot of unpredictability also. We cannot have over admissions considering we have to maintain social distancing also. Where will we make students sit if there are extra admissions? So cut-offs are bound to be higher." PTI