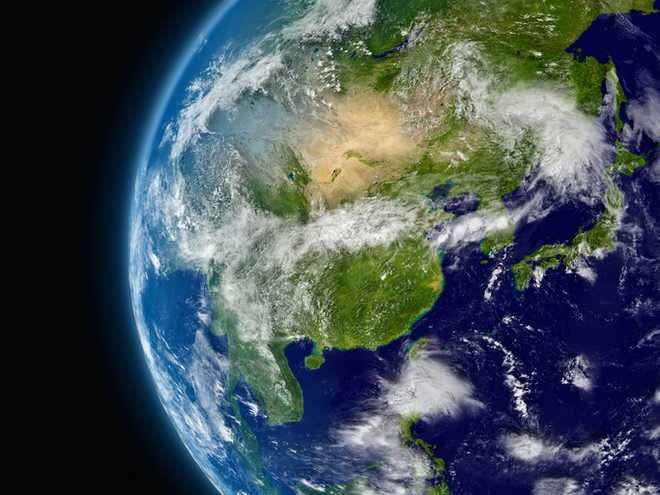 According to the study, published in the journal Nature Geoscience, Earth's surface environment is highly oxygenated — from the atmosphere to the deepest reaches of the oceans, representing a hallmark of active photosynthetic biosphere.

However, the fundamental timescale of the oxygen-rich atmosphere on Earth remains uncertain, particularly for the distant future.

"For many years, the lifespan of Earth's biosphere has been discussed based on scientific knowledge about the steadily brightening of the sun and global carbonate-silicate geochemical cycle," said researcher Kazumi Ozaki, Assistant Professor at Toho University.

To examine how Earth's atmosphere will evolve in the future, the team constructed an Earth system model which simulates climate and biogeochemical processes.

Because modelling future Earth evolution intrinsically has uncertainties in geological and biological evolutions, a stochastic approach was adopted, enabling the researchers to obtain a probabilistic assessment of the lifespan of an oxygenated atmosphere.

The team ran the model more than 4,00,000 times, varying model parameter, and found that Earth's oxygen-rich atmosphere will probably persist for another one billion years before rapid deoxygenation renders the atmosphere reminiscent of early Earth before the Great Oxidation Event around 2.5 billion years ago.

"The atmosphere after the great deoxygenation is characterised by an elevated methane, low-levels of CO2 and no ozone layer. The Earth system will probably be a world of anaerobic life forms," said Ozaki.

Oxygen (and photochemical byproduct, ozone) is the most accepted biosignature for the search for life on the exoplanets, but if we can generalise this insight to Earth-like planets, then scientists need to consider additional biosignatures applicable to weakly-oxygenated and anoxic worlds in the search for life beyond our solar system, the team added. IANS