French teachers to strike over "chaotic" COVID-19 strategy for schools 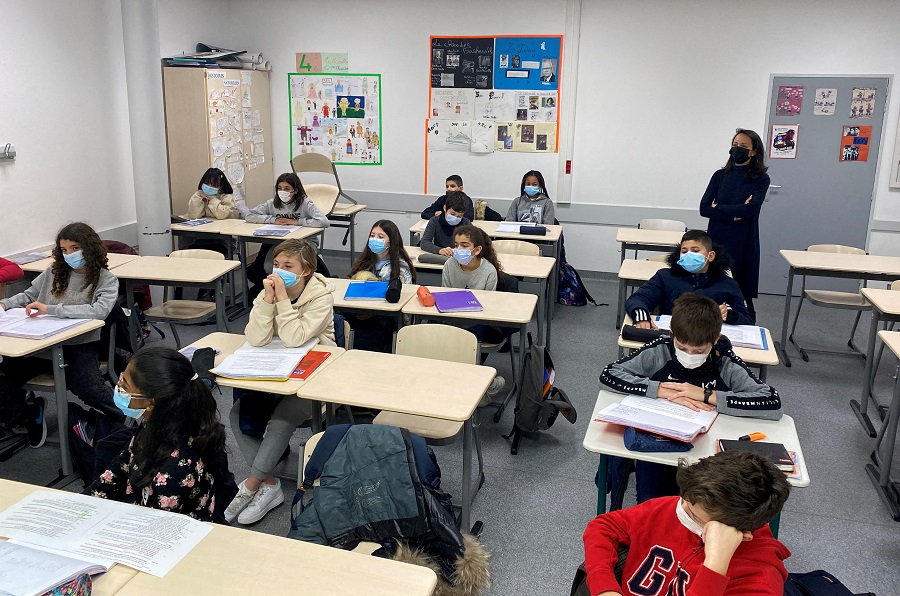 French teachers will walk off the job en masse on Thursday over what they say is the government's failure to adopt a coherent policy for schools to manage the COVID-19 pandemic, or properly protect pupils and staff against infection.

Teachers, parents and school administrators have struggled to keep up with new testing rules, announced before the end of Christmas holidays but changed twice since following criticism.

The government, having reversed an earlier policy of quickly shutting down classes with positive coronavirus cases, says some degree of complication is the price to pay for keeping schools open. But a new-year surge in infections to record daily levels close to 370,000 in France has led to cases soaring within schools too.

That has meant many schools have been hard pressed to keep teaching anyway, partly because of infections among pupils and staff but also because each positive case has resulted in dozens being sent to labs and pharmacies for testing.

"The exhaustion and exasperation of the entire educational community have reached an unprecedented level," eleven unions said in a joint statement.

"The responsibility of the minister and the government in this chaotic situation is total because of incessant changes of footing, unworkable protocols and the lack of appropriate tools to guarantee (schools) can function properly." Unions said they expected many schools to be closed on Thursday and very large numbers of teachers - including about 75% in primary schools - to join the one-day strike.

Urging teachers not to walk off the job, Education Minister Jean-Michel Blanquer told BFM TV: "One does not strike against a virus."

In response, unions said they had called the strike not against a virus but over disorganisation caused by the test and contact-tracing rules, heightened contagion risk and a shortage of face masks for staff. Reuters