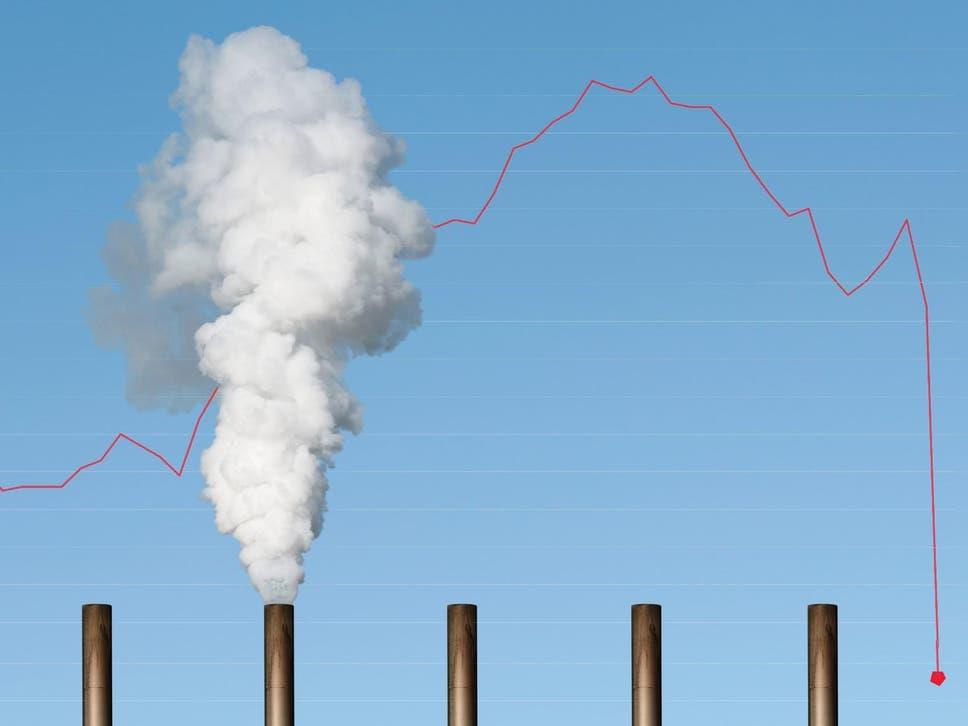 Global CO2 levels have fallen by record amounts during the coronavirus pandemic. IStock

Global carbon dioxide emissions fell by as much as 17 per cent as a result of lockdowns imposed around the world in response to the coronavirus crisis, according to a new study.

It is the first definitive study of global carbon output this year and analysed daily CO2 emissions across 69 countries, 50 US states, 30 Chinese provinces, six economic sectors, and three levels of confinement, using data from daily electricity use and mobility tracking services.

It found that global emissions could fall by up to 7 per cent this year, depending on ongoing restrictions and social distancing measures during the coronavirus pandemic.

The sharp drop represents the biggest fall in carbon emissions since records began.

Change in emissions for each sector on 7 April 2020, relative to average 2019 levels. 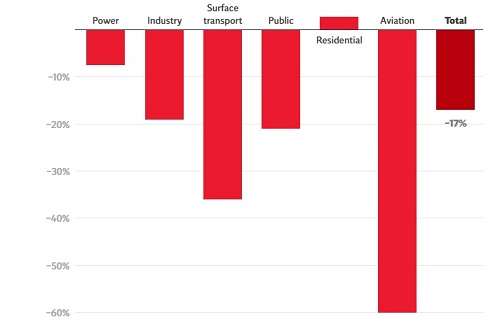 In 2019, the world emitted around 100 million tonnes of carbon dioxide per day by burning fossil fuels and cement production, the research said.

In early April 2020, emissions fell to 83 million tonnes per day. Some countries’ emissions dropped by as much as 26 per cent on average during the peak of the confinement.

If pre-pandemic conditions return by mid-June, then 2020 emissions could decline by a more modest 4 per cent compared to 2019, though this would still be the largest single annual decrease in absolute emissions since the end of World War II.

“Population confinement has led to drastic changes in energy use and CO2 emissions,” said lead author Corinne Le Quéré at the University of East Anglia.

“These extreme decreases are likely to be temporary, however, as they do not reflect structural changes in the economic, transport, or energy systems,” she added. The Independent