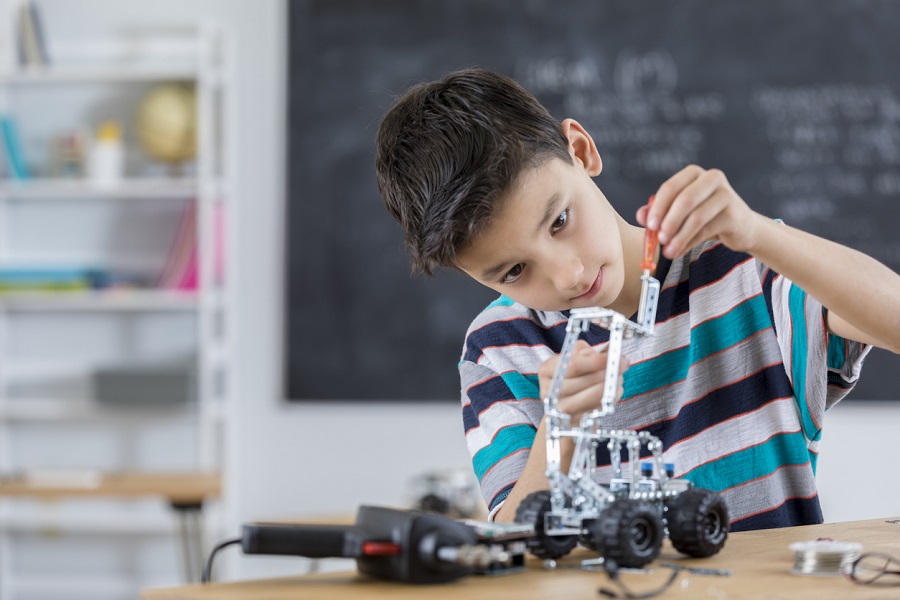 ISRO will adopt 100 Atal Tinkering Labs across the country to promote scientific temperament among students and encourage them for space education and space technology related innovations.

This decision was taken by ISRO and Atal Innovation Mission, NITI Aayog at a virtual meeting on Monday.

Through this collaboration, the Indian Space Research Organisation will facilitate coaching and mentoring of students in advanced 21st century cutting-edge technologies, including those related to space, an official statement said.

The students will not only gain theoretical, but also practical and application-based knowledge of STEM and Space Education related concepts such as Electronics,Physics,Optics, Space Technology, Material sciences and many more, it said.

Atal Innovation Mission and NITI Aayog have established over 7,000 ATLs across the country so far, enabling more than three million students between classes VI to XII acquire a problem solving, tinkering and innovative mindset, the statement said.

It said scientists and engineers from ISRO centres, in close coordination with the Capacity Building Programme Office at the space agency's headquarters, would actively mentor the children, as well as interact with teachers in these ATLs for encouraging experiments, brainstorming ideas and spreading awareness in space activities.

ISRO Chairman Dr K Sivan invited students associated with these ATLs to witness the launch of one of its rockets from the Satish Dhawan Space Centre, a spaceport at Sriharikota in Andhra Pradesh.

In his address, NITI Aayog CEO Amitabh Kant expressed joy over collaborating with ISRO to make advancements in space technology via Atal Innovation Mission and its initiatives.

"I am glad that to nurture our future space scientists, ISRO, in collaboration with their regional research centers, are adopting 100 Atal Tinkering Labs where ISRO scientists and researchers will personally guide and mentor the young innovators in the field of STEM education and Space technology," Kant added. PTI