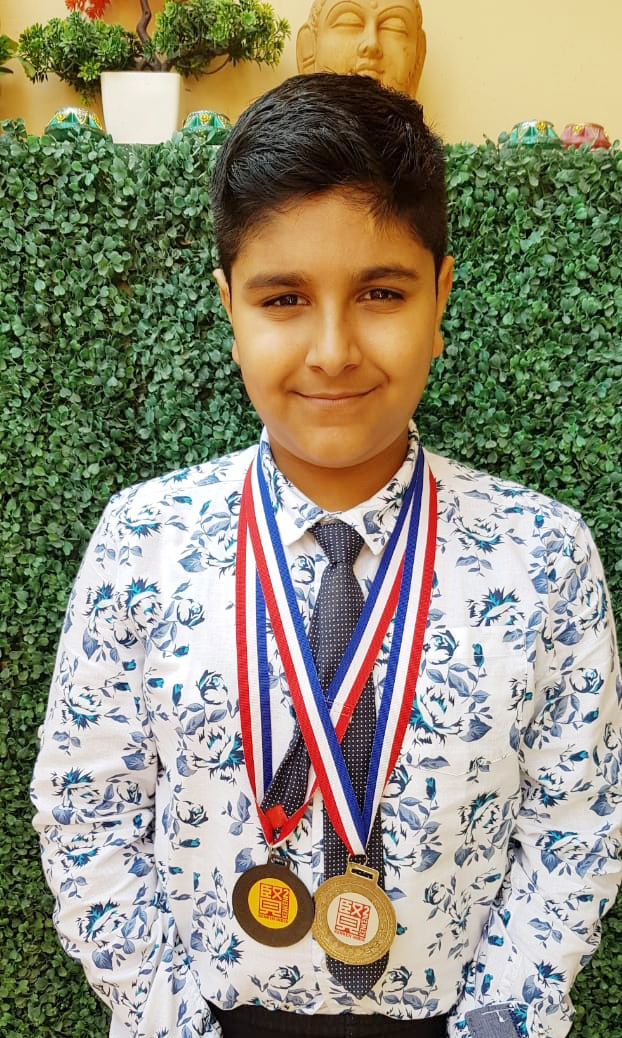 A Class VI student of Cambridge International Co-Ed School, Chotti Baradari, Lakshit Jindal has brought laurels by reaching the national-level and securing 12th position in India in KenKen mathematical puzzle game. He has also bagged a gold medal for solving a 6x6 grid in 12 minutes and 10 seconds.

Lakshit elaborated, “KenKen is a grid-based numerical puzzle that uses the basic mathematics operations-addition, subtraction, multiplication, and division-while also challenging the player’s logic and problem-solving skills. In a way, KenKen is like a game of pool or even chess which originated in Japan in 2003”.

His proud father advocate Manu Jindal explained, “KenKen India organises championships under three categories — Delta from classes III to V, Kappa from classes VI to IX and Sigma from classes X to XII. It starts from school round, after which the students compete for city level and first few position holders compete in state round. Only a few of them qualify for national-level and luckily Lakshit did it after one year of regular practice.”

He said the examination was held in slots in the first week of February and the result was declared recently. “The organisers implemented various technological means to ensure that no unfair means were adopted as videos of all players had to be made and sent during the conduct of the contest”, he added.

Lakshit said that his mentor Ruchi Nanda guided him in the beginning and still motivated him for solving difficult grids. “My mom, Meeta Jindal, made me to practice the exercises consistently. Prior to this, I was also taking UCMAS classes which helped me speed up with my mathematical calculations,” he said.

Meeta Jindal commented, “Initially, we thought that such activities like KenKen, UCMAS and his passion for drawing would distract him from his main studies. But what we feel is that all these activities have helped him develop traits such as improving on speed of problem solving, making quick decisions etc, which will be of much use to him throughout his career.” Notably, Lakshit has also been practising sketching and portrait making and is taking regular training for the same.