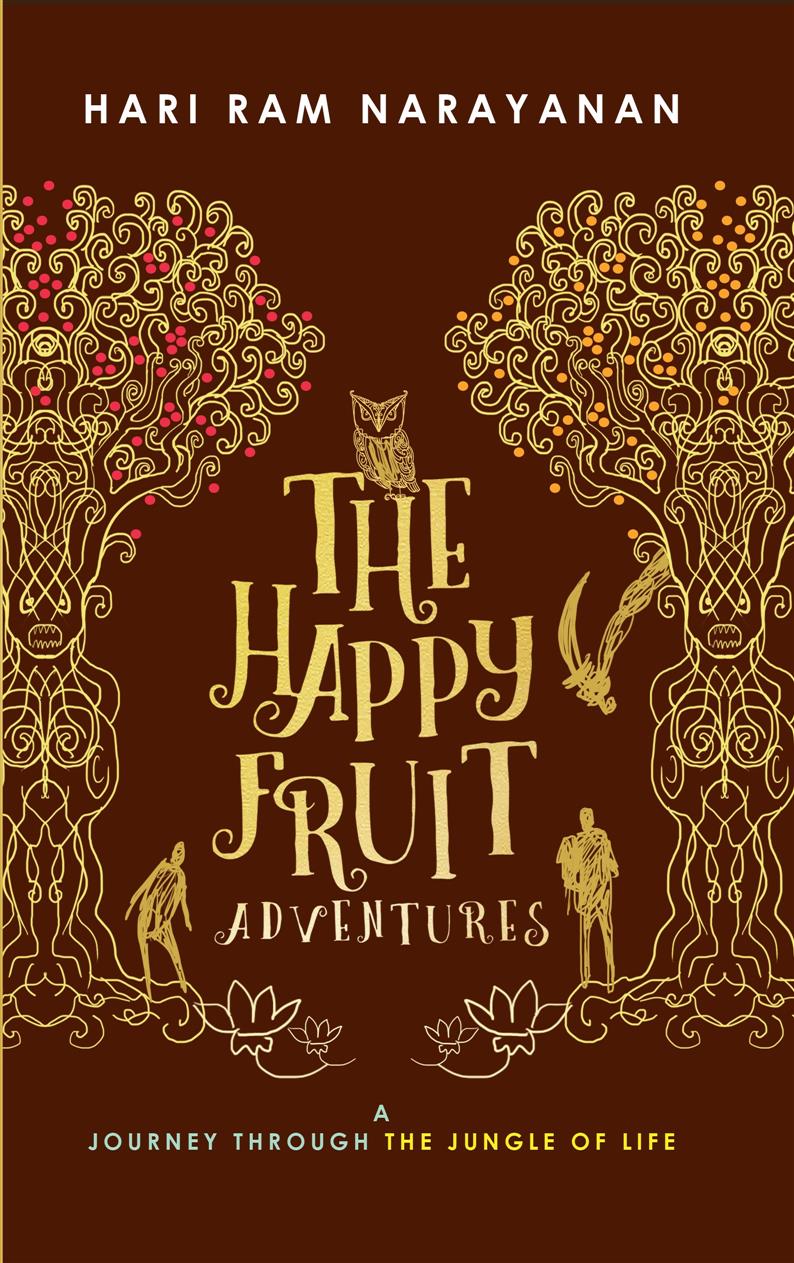 What if happiness was a fruit and life a jungle, one had to cross to find it? Two nineteen-year-old boys set about a journey through a jungle called 'Life' in search of the Happy Fruit. They both take different paths.

On their way, they come across various challenges and distractions, myriad beasts, and men. From Insight-the owl with a unique power, to Monster Pessimism-the giant snake with legs to stand on. The boys find it the most enchanting place but an evil outcast named Doctor Diablo forms an army to take control of and annihilate the jungle. But a chain of sudden events puts the teens between him and his fiendish objective.

The boys find support from Master Experience, who reveals what lies ahead; Commander Courage, who leads the way into battle; and Princess Envy, who brews a mysterious, pulpy potion.

Hailing from a family of eminent writers, PK Hari Ram Narayanan was exposed to the classics of literature from a young age. His first published article, 'Mouse click for a toothpick' appeared in The New Indian Express when he was at school. He went on to write in other renowned publications such as The Hindu, India Today, and The Economic Times. In 2017, he won the NaNoWriMo challenge and he was also one of the finalists of the 'Write India Contest' held by The Times of India. The Happy Fruit Adventures is his first book.