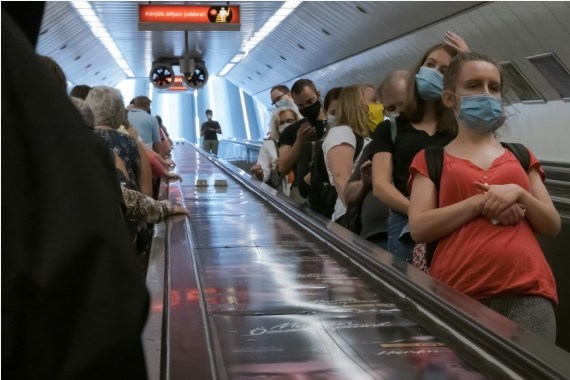 The Hungarian capital of Budapest commemorated the 125th birth anniversary of its underground railway, which was the first of its kind in mainland Europe and is the world's second-oldest after the London Underground.

It is known as the Millennium Underground, as it was inaugurated in 1896, the year when Hungary celebrated the 1,000th anniversary of the arrival of Magyar tribes in the Carpathian Basin in Central Europe, reports said.

"The Millennial Underground is a favourite of generations of Hungarians and of tourists alike," the municipal transport company BKV said in a statement marking the occasion on Monday.

In 2020, the Institute of Electrical and Electronics Engineers (IEEE) named the Millennium Underground as one of the world's major technical milestones.

The construction of the underground railway line was a significant innovation in itself, but its low-floor cars with cabs on both ends were also state-of-the-art solutions.

One of the original cars, a timber-framed vehicle with track number 11 has been preserved in mint factory condition in BKV's museum in Budapest.

Due to the Covid-19 restrictions, BKV marked the day with an online event.

The Hungarian National Bank (MNB) issued a commemorative coin on the occasion. IANS