So far, 18 rhinos, 135 other animals dead in flooded Kaziranga 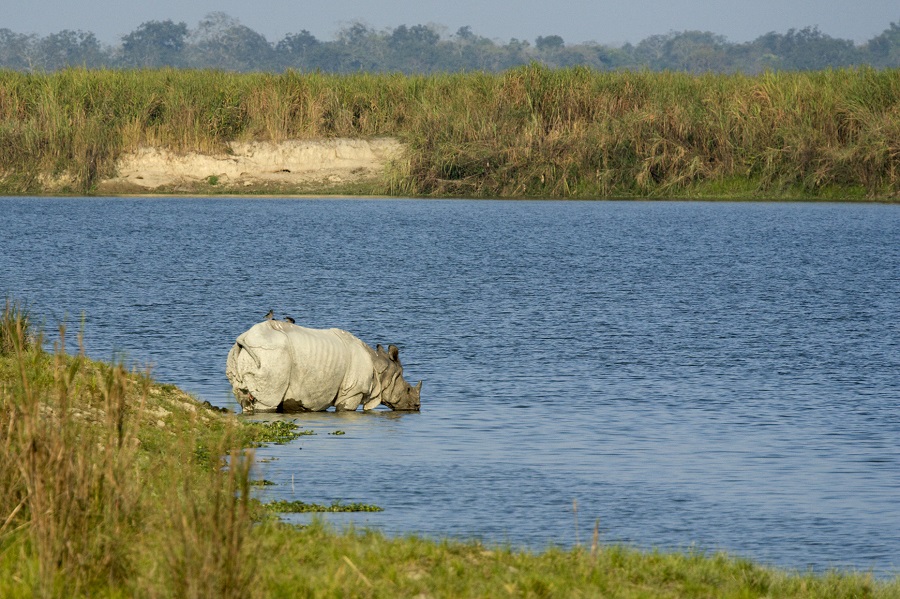 Even as the flood situation in Assam improved significantly since July 24, 50 per cent of the world-famous Kaziranga National Park is still inundated, with 18 rhinos and 135 wild animals dying due to the deluge till date, officials said on Wednesday.

Kaziranga Park Director Karmashree P. Sivakumar said that 172 wild animals have been rescued so far from floodwater, even though over 95 per cent of the park remained inundated until July 23.

"Last year, 263 animals, including many endangered rhinos, were killed in flood while 169 animals were rescued... all-out efforts are being made to take care of the animals in the entire Kaziranga National Park," Sivakumar told IANS over phone.

Of the 223 camps of forest personnel guarding the park, three were still inundated as of Wednesday despite receding floodwater.  — IANS