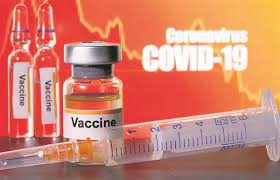 Though the government has announced reopening of schools for Classes 10-12 from July 26, vaccine is in short supply to meet the pre-condition it has set to rejoin schools.

According to the circular, only fully vaccinated teachers and staff members can be physically present at the schools. However, hundreds of students are still waiting for the first dose.

Earlier, the government had allowed colleges, coaching centres and all other institutions of higher learning to open with similar compliance. It had announced plans to organise special camps for students in educational institutions but failed to act.

Hundreds of teachers and other staff members who were scheduled to get the second jab have been waiting for the vaccine, but the health department could arrange only 1,200 doses of Covaxin and Covishield today. The authorities concerned said only 800 doses were received last week. The department had announced to organise eight camps today but most were cancelled due to vaccine shortage.