At 280 million, Snapchat now has more users on Android than iOS 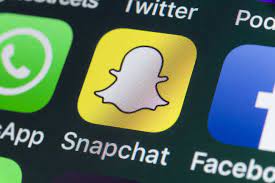 Popular photo-sharing platform Snapchat reached 280 million daily active users (DAUs) in the first quarter of 2021, an increase of 51 million or 22 per cent year over year, and it now has more users on Android than iOS.

DAUs increased sequentially and year-over-year on both iOS and Android platforms.

"For the first time, the majority of our DAUs for the quarter was on the Android version of our application," the company said during its quarterly results on Thursday.

The Android users overtaking iOS users is a "critical milestone that reflects the long-term value of the investment we made to rebuild our Android application," said CEO Evan Spiegel.

In March, over 125 million Snapchatters used Spotlight, its newest platform surfacing the most entertaining Snaps from our community.

The company launched Spotlight in three new countries— India, Mexico and Brazil— making it live in a total of 14 countries.

"Over 75 million Snapchatters watched beauty-related content each month on Discover in Q1 2021," the company informed.