Biofuel from pine needles a reality

Scientists at Dr YS Parmar University of Horticulture and Forestry in Nauni have devised a method to convert pine needles into enthanol, a green biofuel 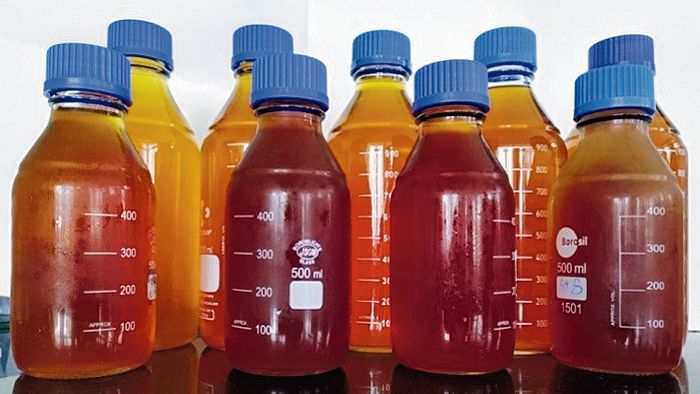 Pine needles will no longer be a source of forest fires causing losses worth crores every year as scientists at Dr YS Parmar University of Horticulture and Forestry in Nauni have devised a method to convert these into enthanol, a green biofuel.

The scientists of the Department of Basic Sciences had been on the mission for the past two years under a Rs 50.65-lakh project — “Bioconversion of pine needles: A challenging waste of Himalayan forest to second-generation biofuel”. It was funded by the National Mission on Himalayan Studies, GB Pant National Institute of Himalayan Environment and Sustainable Development, Almora. Dr Nivedita Sharma, professor and head, Department of Basic Sciences, was the principal investigator of the project, sanctioned in 2018. She was being supported by Dr Nisha Sharma, research associate.

Dr Ravinder Sharma, Director, Research, said, “The scientists are employing micro-organisms to break down pine needles into ethanol, which has gained importance as a substitute for fossil fuels like petroleum. Ethanol is made from food items like sugarcane, rice, etc. In this project, the work is being done on making ethanol using organic waste. “

Dr Parvinder Kaushal, Vice-Chancellor, said, “So far, in this project, the work has been accomplished to produce fuel-grade ethanol from the unutilised forest waste by devising a novel technology, which includes employing novel specialised microbes to solubilise resistant pine needles and subsequently standardisation of fermentation to ethanol.

“With the Government of India aiming to switch to 20 per cent ethanol blending in petrol by 2025, the technique to produce biofuel is likely to be in demand. The Himachal Government has also decided to set up an ethanol plant in the state,” said the VC.

“This project will lead to eco-friendly management of pine needles. It will not only help in proper disposal of the organic waste, but also contribute to ensuring food security as the dependence on food items for making ethanol will be reduced,” added Dr Kaushal.