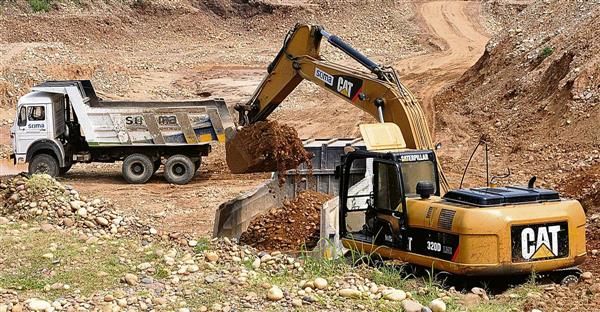 The Geological Survey of India has initiated a project to carry out a reconnaissance survey for tapping reserves of tungsten and some other rare earth elements in the Kinnaur district of Himachal Pradesh this year.

Tungsten is a rare metal found naturally in the form of compounds in the Earth’s crust. First discovered in 1781, it is known for its robustness and for having the second highest melting point among all known natural elements.

Though found in traces, tungsten has become indispensable and has a wide application in civilian, military and aerospace sectors. It is used in aircraft and rocket systems, warheads and missiles, automobiles, mining, industrial and construction tools, jewellery production, turbines, alloys and chemical processes.

According to information, the world's reserves of tungsten are estimated at 32 lakh tonnes and most of them are located in China, Canada, Russia and Vietnam. China, Vietnam and Russia are the top global suppliers of this element.

According to GSI officials, the presence of tin, tungsten, trace elements and rare earth elements were reported from this region during exploratory surveys carried out in 1992 to 1995 and some areas were mapped for rock formation, composition and mineralisation.

The area is characterised by rugged topography with an altitude ranging from 6,400 feet to 14,100 feet. The Sutlej and its tributary, Baspa, form the main drainage of this region, large parts of which fall under protected forest cover area.