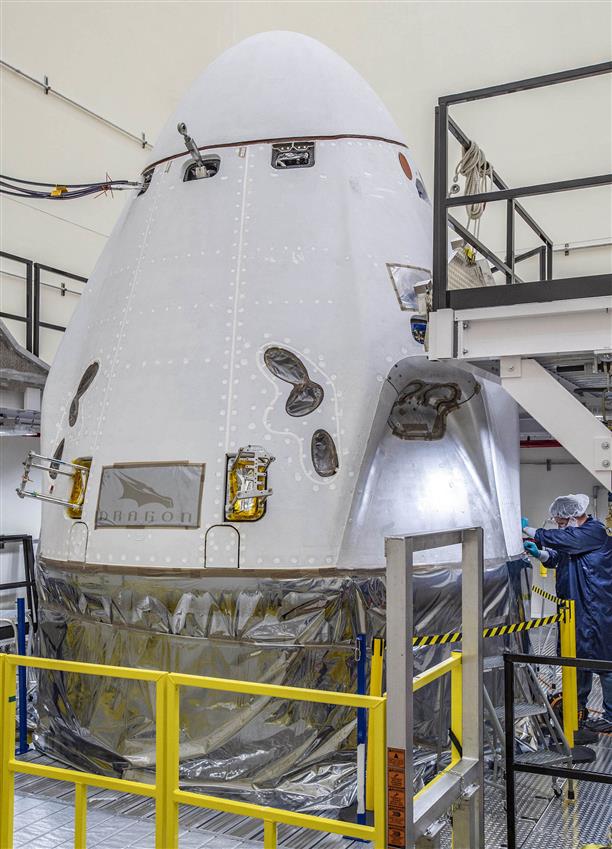 NASA has delayed the launch of the SpaceX Crew-1 mission to the International Space Station (ISS) until early-to-mid November, providing additional time for SpaceX to complete hardware testing and data reviews.

“With the high cadence of missions SpaceX performs, it really gives us incredible insight into this commercial system and helps us make informed decisions about the status of our missions,” said Kathy Lueders, associate administrator of NASA’s Human Exploration and Operations Mission Directorate.

“The teams are actively working this finding on the engines and we should be a lot smarter within the coming week,” Lueders said in a statement late on Saturday.

After the launch, Crew Dragon will perform a series of manoeuvres culminating with rendezvous and docking with the space station.

That milestone will mark the Crew-1 astronauts’ integration with the Expedition 64 astronauts Kate Rubins, as well as Expedition 64 commander Sergey Ryzhikov and flight engineer Sergey Kud-Sverchkov, both of the Russian space agency Roscosmos.

During their stay on the orbiting laboratory, astronauts of Crew-1 will see a range of unpiloted spacecraft including the Northrop Grumman Cygnus, the next generation of SpaceX cargo Dragon spacecraft, and the Boeing CST-100 Starliner on its uncrewed flight test to the station.

They would also conduct a variety of spacewalks and welcome crews of the Russian Soyuz vehicle and the next SpaceX Crew Dragon in 2021, NASA said.

At the conclusion of the mission, Crew Dragon will autonomously undock with the four astronauts on board, depart the space station and re-enter the Earth’s atmosphere. IANS