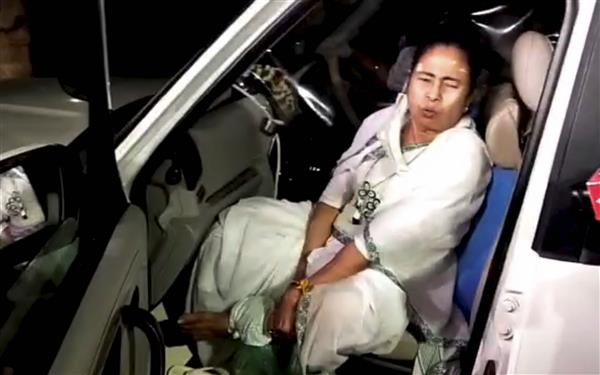 In a detailed report to Election Commission of India, the poll panel’s special observers Vivek Dubey and Ajay Nayak have concluded that the injury to West Bengal Chief Minister Mamata Banerjee in Nandigram was “accidental”.

Sources in the know of the development said that in their report the special EC observers for West Bengal have ruled out the possibility of an attack resulting in the injury to the chief minister, as she was in the midst of heavy police cover at the time of the incident.

Sources, however, added that the Commission would take the final view and a decision on the report submitted by the poll observers and the state chief secretary on Sunday.

Special police observer—Dubey and special observer—Nayak inspected the accident site in Nandigram before submitting their detailed report to the EC on Saturday evening, the sources said.

Earlier, finding the report sent by Bengal Chief Secretary Alapan Bandyopadhyay on Saturday “sketchy”, the poll panel had asked the state government to furnish a detailed report elaborating all claims made so far about the incident in Nandigram involving the chief minister.

Sources in the poll panel said the state government has been asked to furnish details like how the incident took place and who could be behind it.

A senior official said: “The report from West Bengal, which the Commission has got, appeared quite sketchy and without any details of the incident like how it happened or who could be behind it. We have asked the state administration to furnish more details”.

In the report the state government referred to the presence of a huge crowd at the spot but did not mention about the “4-5 people”, who Banerjee alleged had attacked her, the officials said.

After the incident, the ECI had sought a report from the state government and appointed two poll observers for the state.

The eight-phase elections to the 294-member assembly will be held from March 27 to April 29 and results will be declared on May 2.

The SAD-BSP alliance offers ticket to his son Arvind Mittal ...