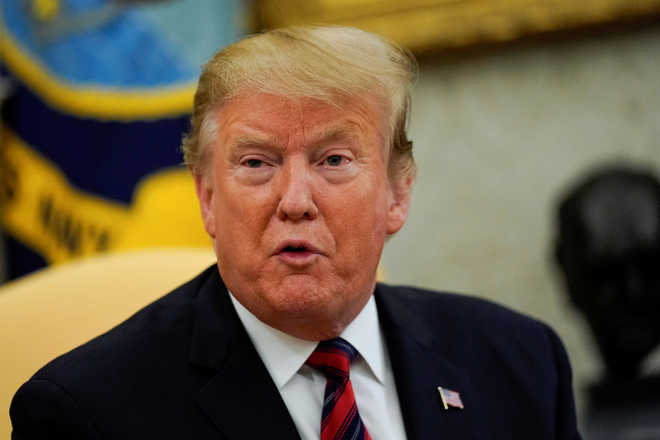 Facebook has kicked off former US President Donald Trump for the second time from its platform as he tried to evade the ban by posting an interview via a Facebook Page in the name of his daughter-in-law Lara Trump.

Lara is married to Eric Frederick Trump, the third child and second son of Donald Trump.

Facebook said in a statement to The Verge on Wednesday that the company has removed content from Lara Trump's Facebook Page that featured former President Donald Trump speaking.

"In line with the block we placed on Donald Trump's Facebook and Instagram accounts, further content posted in the voice of Donald Trump will be removed and result in additional limitations on the accounts," the company added.

Lara later posted screenshots of emails that appear to be from Facebook, saying that a video of the interview was removed because it featured "the voice of Donald Trump," along with a warning that posting further content would result in account limitations.

Donald Trump has been banned from Facebook since the January 6th attack on Capitol Hill.

The independent Facebook Oversight Board is asking the public to submit their feedback on whether the decision by the social network to suspend former US President Donald Trump's accounts for an indefinite period after the Capitol chaos on January 6 was right.

The two Trump posts in question include the one-minute video he posted to his account on January 6 as rioters were still present in the Capitol and backup law enforcement personnel were en route.