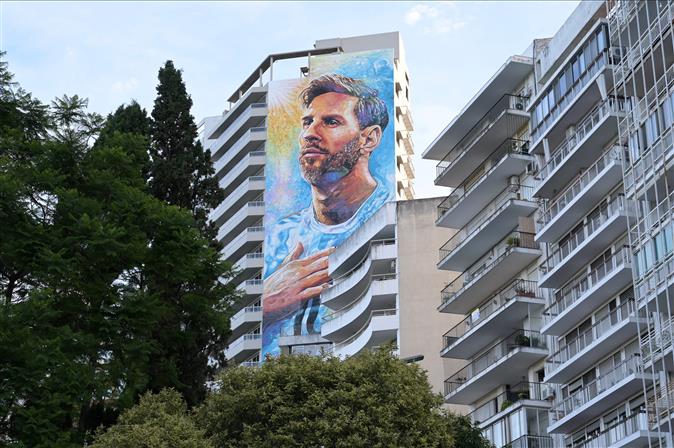 The Argentine City of Rosario paid homage to its most talented soccer player with a giant portrait.

A 69 meter tall mural dedicated to Lionel Messi has been inaugurated at his hometown of Rosario.

The graffiti "From Other Galaxy, From My City" was designed and painted by local artists Marlene Zuriaga y Lisandro Urteaga.

The painting depicts Messi as captain of the national squad, wearing the jersey number 10, touching his chest with the hand and a bright sun lighting him.

A group of primary school children were invited to attend the inauguration ceremony, organized by Rosario authorities.

The piece takes part of a wider project called Common Messi which aims to spread the image of the Rosario born soccer super star all over the city buildings.

The now Paris Saint Germain player took his first steps in soccer at his Rosario neighborhood club Grandoli and then, at the age of six, the already incipient star moved on to Newell's Old Boys, a Rosario club that plays in the first division of Argentine soccer. (AP)