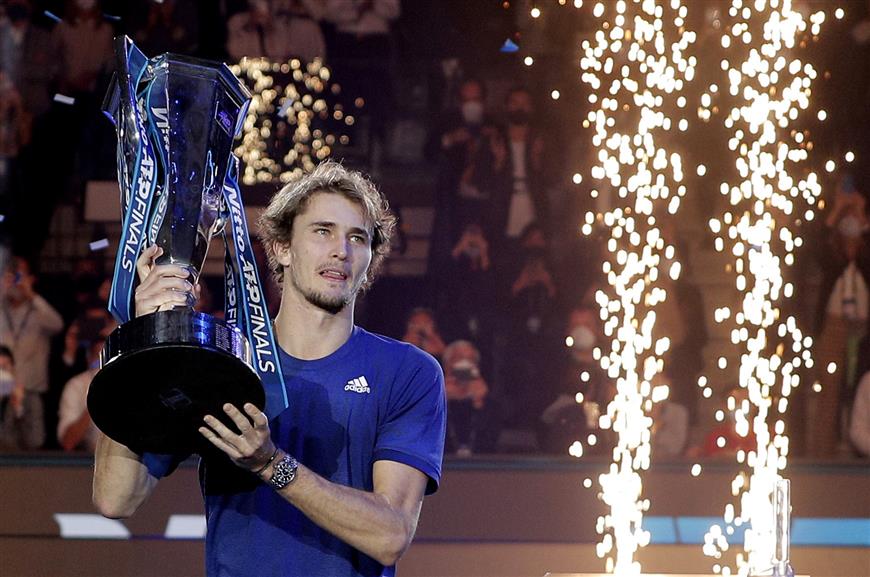 Alexander Zverev with the trophy after his final win over Daniil Medvedev. Reuters

Germany’s Alexander Zverev capped a memorable year by capturing his second ATP Finals trophy on Sunday and the world No. 3 said he is aiming to win his maiden Grand Slam title next season.

Zverev defeated defending champion Daniil Medvedev 6-4 6-4 in the final after he beat world No. 1 Novak Djokovic in the semifinals.

The 24-year-old has won six titles this year, including the Olympics gold in Tokyo and two Masters titles in Madrid and Cincinnati. But the German has yet to win a Grand Slam title, coming closest when he reached the 2020 US Open final before losing to Dominic Thiem in a five-set thriller.

“Look, I’ve won on every level except for the Slams,” Zverev said after Sunday’s win. “It’s the only thing I’m missing and I’ll do whatever I can to change that next season.” — Reuters