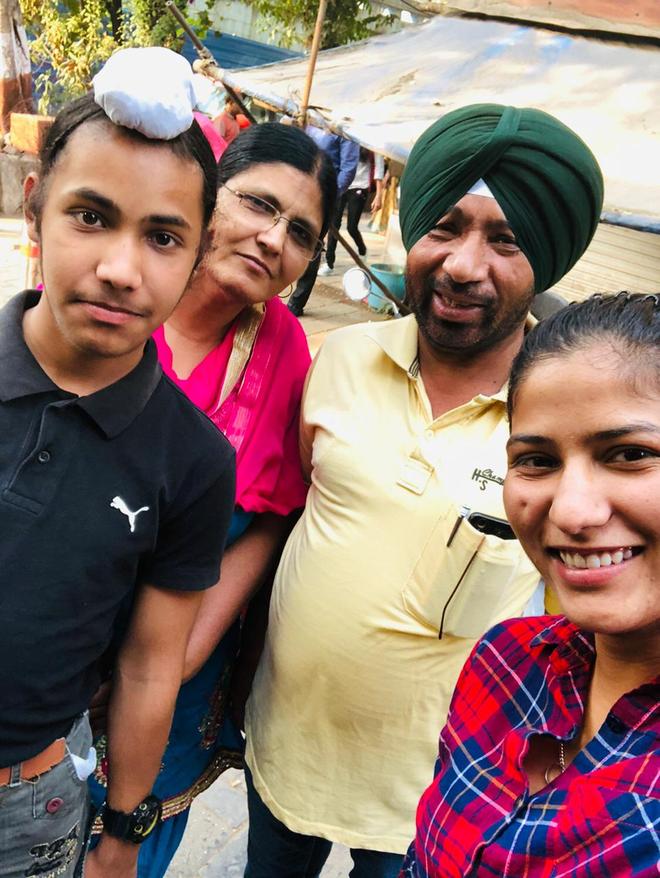 Excited family members of women hockey team’s forward player Navneet Kaur, who hails from Shahabad in Kurukshetra, have high hopes and are confident that they will return with the gold medal in the Tokyo Olympics.

Navneet’s father Buta Singh, a farmer, said: “We are excited for Wednesday’s game. We are happy with the performances of the girls so far. Navneet had also scored a goal against Ireland, which helped the team remain in the race for the gold. We knew their match against Australia was a tough one, but the way they played has been commendable. Now, they should aim for greater glory while playing against Argentina in the semifinal.”

Navneet (25), who started playing when she was just seven, made her debut in the senior Indian team in 2014. This is her maiden appearance in the Olympics. She is a BA second-year student at the KU and a chief travelling ticket travelling inspector in the Western Railway.

“We don’t fear the stronger opponents anymore. We have been practising hard and are ready to play,” Navneet said.

“Our excitement knows no bounds. We are just waiting for their next game. There is a hockey ground just opposite to our house in Shahabad. After seeing the players practising there, she showed interest to play hockey. Initially, we told her that it is a tough game but it’s her determination and hard work that she is representing her country today. Her coach Baldev Singh has played a crucial role in grooming her,” Buta added.