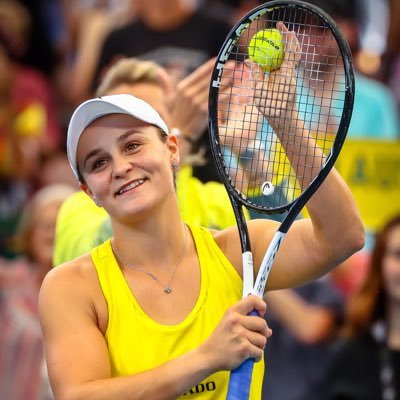 Barty has been given The Don Award, named after its most accomplished and famous cricketer Don Bradman.

Barty shocked the tennis world in March when she announced her retirement at the age of 25. The three-time major winner was the No.1 ranked female player at the time of her retirement decision.

The Sport Australia Hall of Fame's Don Award is given to an athlete or a team "which has provided the most inspiration to the country through performance and example in the past year".

Barty said she had decided before the Australian Open started that it would be her last major tournament.

"This year was certainly my most enjoyable Australian Open…because it felt free," Barty said in a television interview on Thursday.

"I played without consequence, I played like a little kid. In my eyes, there was no pressure. It was just about me trying to redeem myself, in a way, and playing how I'd always wanted to play — go out there and play like the kid that fell in love with sport," she said.

Barty added that she had no plans to return to tennis.

"It was never about finishing on a win or on a really high emotional feeling. It was just about collectively, I felt it was right. Now (that decision) has led to nine months of just an incredible life off the court. It's been amazing," she added.