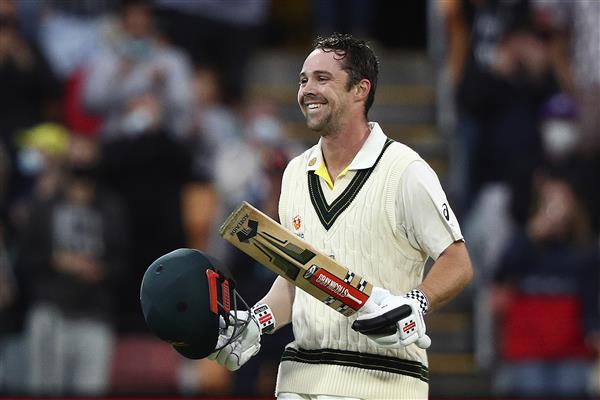 Travis Head spoiled a promising start for England in the fifth and final Ashes Test with his second century of the series as Australia recovered from 12/3 to reach 241/6 at stumps on a rain-hit first day of the match.

Head, who scored 152 in the opening Test at Brisbane, counterpunched after England’s early success with an aggressive 101 off 113 balls in the Day/Night Test as Australia came back strongly after losing the toss. Cameron Green contributed an authoritative 74 and Marnus Labuschagne scored a rapid 44 before rain arrived around half-an-hour after tea and prevented further play.

Head entered with Australia in serious trouble after a brilliant spell of swing and seam bowling from Ollie Robinson (2/24) — one of the five changes England made — and Stuart Broad (2/48) on a lively green wicket.

Head, who missed the Sydney Test due to the coronavirus, first put the innings back on track with a 71-run stand with Labuschagne, who was dropped on 0 by Zak Crawley at second slip.

“Nice to be back and contributing,” Head said later. “I was really conscious of making the right decisions — attacking the right balls, defending the right ones, being hard to get out. I felt like I came into this Test ready to go.” — AP/