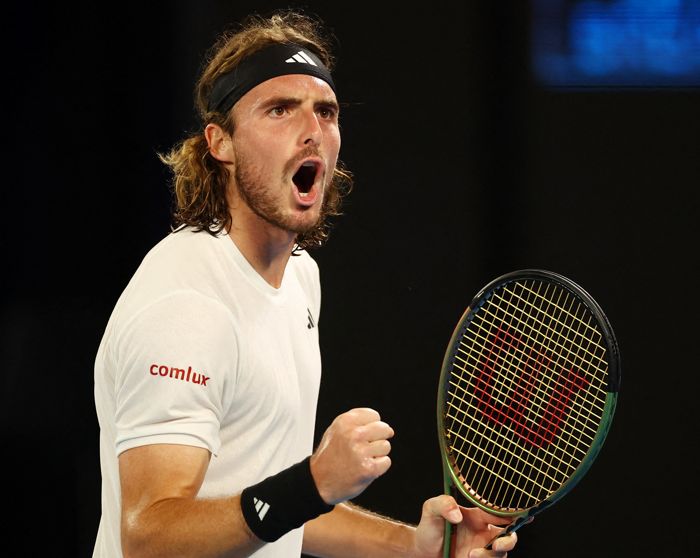 Victoria Azarenka showed glimpses of the form that took her to the 2012 and 2013 Australian Open titles with a vintage display to reach the semifinals today, before Stefanos Tsitsipas continued his march towards a maiden Grand Slam title.

Having been beaten in the opening round by Jessica Pegula two years ago, Azarenka gained revenge by dismantling the in-form American third seed 6-4 6-1 to reach the semifinals at Melbourne Park for the first time in a decade. Tsitsipas also showed some of his best form, sealing a 6-3 7-6(2) 6-4 win over Jiri Lehecka. Seabstien Korda tried playing against Karen Khachanov but threw in the towel while trailing 7-6(5) 6-3 3-0 due to a wrist issue.

Rybakina also booked her place in the semis. — Reuters