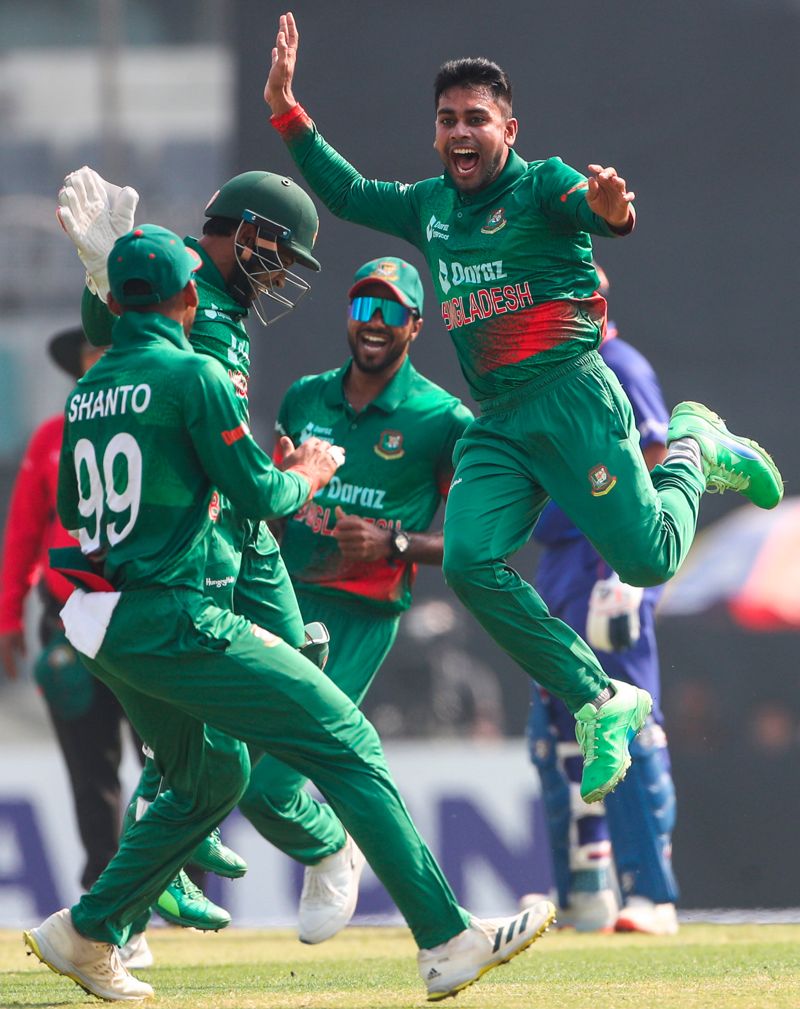 Lower-order batter Mehidy Hasan Miraz conjured an unbeaten 38 in a low-scoring thriller as Bangladesh stunned India by one wicket in the opening ODI here today. Chasing 187 for victory, the home side slumped to 136/9 in the 40th over. Mehidy refused to throw in the towel, however, and combined with Mustafizur Rahman in a 51-run partnership, Bangladesh’s highest for the 10th wicket, to secure a memorable victory.

An upset looked on the cards after Bangladesh, having elected to field, bundled out India for 186. Shakib Al Hasan wrecked India’s top order, dismissing Rohit Sharma (26) and Virat Kohli (9) in the same over. KL Rahul saved India’s blushes with 73 off 70 balls before falling to Ebadot Hossain.