Board to also discuss start of domestic cricket – junior, senior and women’s tournaments 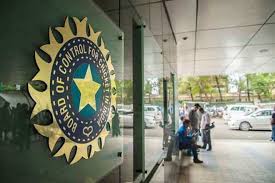 The stated quarantine period of 14 days in Brisbane before the start of Australia tour and venues and formats for the mega home series against England will be discussed at the BCCI Apex Council meeting on Saturday.

The three principal office-bearers – president Sourav Ganguly, secretary Jay Shah and treasurer Arun Dhumal – are currently in the UAE to oversee the conduct of the IPL.

While there are five topics on the agenda, the ones pertaining to cricket operations of domestic and international fixtures will dominate the discussions, which will be held virtually.

The third point on the agenda is domestic cricket, which is yet to start due to rising cases of COVID-19, and it is a foregone conclusion that the 2020-21 season, as and when it begins, will be a truncated one.

There will be extensive discussions on the operations and logistics of the jumbo Indian contingent that will be travelling to Brisbane (in Queensland) from Dubai after the IPL.

It is expected that at least 28 players across the three formats will travel together along with the support and administrative staff by a chartered aircraft.

"Cricket Australia has drawn up a rough schedule which is yet to be finalised. That will be discussed and also whether there could be a possible relaxation of the 14-day quarantine," a BCCI source told PTI on the condition of anonymity.

"The BCCI has already appealed to Queensland Health Department for a possible relaxation. Even if there is an option to train, it will be great."

The other point of discussion will be the scheduled England series at home. However, with experts predicting a second wave of COVID-19 post the festive season, the BCCI can only draw up multiple plans for now.

The second option for hosting England could be the UAE, now the Indian team's second 'home' and whose cricket board had signed an MoU with the BCCI.

The BCCI could keenly look at the conduct of the ongoing I-League Qualifiers in Kolkata and the upcoming cash-rich Indian Super League (ISL) football in a bio-bubble in Goa, as both can act as precedence for the cricket board.

In case of the home Test series against England, the BCCI can have Ahmedabad and Kolkata as options.

However, with the engagements in Australia concluding in the third week of January, both the BCCI and the ECB might agree on a three or four Test series, which will give them adequate time to squeeze in the two three-match white ball competition (ODI and T20I), which was scheduled in September this year but had to be postponed because of the pandemic.

In case the BCCI starts the Test series in late January or February next year, even then it would be practically impossible to play a five-match rubber.

The other important topic on the agenda is the start of domestic cricket (senior, junior, women) on which livelihood of thousands – players, coaches, trainers, groundsmen, match officials – depend.

"The BCCI's cricket operations team has prepared multiple options but the situation is fluid. There is a possibility to go back to the zonal system in Ranji Trophy where there could be more groups and lesser league matches.

"There are a few cities with multiple grounds or stadiums so a bubble can be created," said a BCCI source.

It is expected that the Ranji Trophy and Syed Mushtaq Ali Trophy will be held but the BCCI will try its best to sneak in the Vijay Hazare Trophy also.

Bengal (Kolkata and Kalyani), Karnataka (Bengaluru, Hubbali and Mysore), Tamil Nadu (Chennai, Dindigul), Puducherry and Mumbai are some of the options for the board.

It will be interesting to see if the two players' representatives Anshuman Gaekwad and Shantha Rangaswamy raise the topics related to former players' benefit, including increase of pension amount, pension for ex-players' widows and release of benevolent fund to former cricketer Manoj Prabhakar.

Item No. 1: Confirmation of the minutes of the 4th Apex Council Meeting held on July 17.

Item No. 2: To approve the draft audited accounts of the BCCI for the Financial Year 2018-19 along with the notes to the accounts and to recommend the accounts for the adoption/approval in the Annual General Body.

Item No. 4: Discussion on bilateral series against Australia and England.

Item No. 5: To consider any other business which the chairperson may consider necessary to be included in the Agenda. PTI