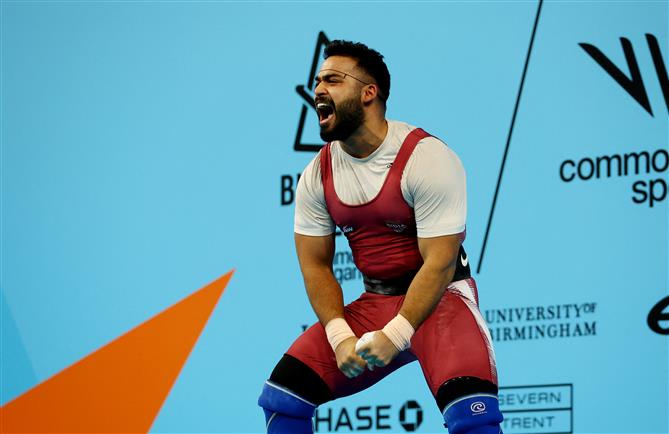 Sibling rivalry can lead to great results — two children doing well, competing with each other, can bring joy to the family.

If one of them lags a bit, however, greater effort needs to be made.

All you need to know about Khed Mela

That’s all. Punjab has a rich history of giving world-class sportspersons to the nation, but that history seems to be fading away, especially in wrestling and track and field.

In recent times, Punjab has been losing ground in terms of nurturing the young talent. Punjab has become a laggard while Haryana has taken big strides forward.

The difference between the sports policies of the two states is not the sole reason to blame. The fact is that Punjab is struggling to get the sports infrastructure and involve the youngsters in sport, which Haryana has done successfully.

Punjab Sports Minister Gurmeet Singh Meet Hayer accepts this, and blames the previous governments for not focusing on providing facilities to the athletes.

The state government has now decided to promote sports in a big way, recently announcing it would conduct a sports festival to spot talent and nurture talented youngsters.

But the state first needs to provide facilities and infrastructure to the players. This is the need of the hour. Recently, coaches of the state-run hockey academy in Chandigarh struggled to get female players from Punjab. “It’s really shocking. No female player from Punjab cleared our trials. On the other hand, Haryana’s coaches don’t wish to send their wards here,” said a Chandigarh-based coach.

While Haryana has launched a successful experiment of recruiting coaches and helping them to run sports academies in the districts, Punjab’s coaches are still struggling to get suitable work environment. Coaches in Haryana have more than 100 players in their academies, spread across the state. They have identified the districts which are doing better in different sports — for instance, boxing’s hub of Bhiwani or various wrestling academies are provided support.

Punjab has now decided to organise a two-month ‘Khed Mela’, and also to create a new sports policy for achievers at the national and international level.

“We are bringing a new policy to honour our young players, who bring laurels at state level or at various international championships,” Hayer said. Asked if the government will focus on developing infrastructure in schools and colleges for state level players, the minister said: “The past governments did nothing, but we are planning something big. I will be interacting with you (the reporters) soon in this regard.”

Mela for young and old

The winners in these games will be given the benefits of the gradation policy for admission into educational institutes and will also be given cash awards. The winners in the older group categories will get only certificates.

Various events will be organised at the block and district levels and the winners will qualify to participate in the state games, a pattern the state follows while selecting the Punjab teams for various national tournaments.

While Haryana won nine individual gold medals at CWG, Punjab failed to win even one. Out of the 23-member Punjab contingent, 18 won medals, of which 11 were part of the men’s hockey team. The four individual medals came in weightlifting, from Vikas Thakur (silver), and Lovepreet Singh, Gurdeep Singh and Harjinder Kaur (all bronze). Most of the lifters have been practising out of the state for some years.