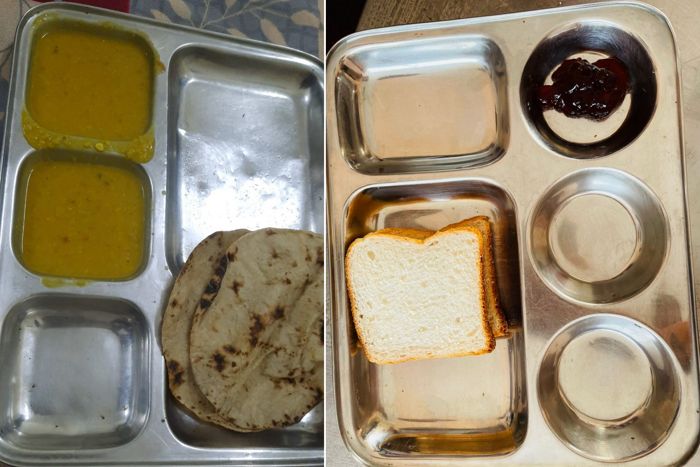 The food that is served at the academies.

Punjab government’s sports academies reopened recently after having stayed shut for over a year-and-a-half. First closed in March 2020 due to Covid-19, the academies opened for just over a month early this year before the second wave of the pandemic forced the Sports Department and Punjab Institute of Sports (PIS) to send the trainees home again.

The long period away from the “proper” training environment — with modern coaching, a controlled diet and high-quality equipment — has impeded the development of the trainees, according to the coaches.

In recent tests, the coaches discovered that the fitness levels of the trainees have fallen drastically. Their technical and tactical growth has also suffered. Most trainees did not even get access to essentials such as the synthetic hockey turf or athletics track.

Ironically, the trainees are facing the same issues back at the academies as well. The coaches are complaining about the quality of food being served to the trainees at the hostels and the shortage of training equipment.

“I can get them back to their peak but not with this food,” said a coach at Mohali. “These kids train for three hours in the morning and three hours in the evening. They need a highly nutritious diet, and they are being given food fit for patients in hospitals. They get poha for breakfast, can you imagine that!” the coach added.

A coach at Ludhiana said all the coaches are afraid to increase the intensity of training because of the low quality of the diet. “They are served porridge and two slices of bread for breakfast. Then it is dal (lentils) and sabzi (mixed vegetables) for lunch and dinner,” the coach said.

The coach in Mohali said that the trainees rarely get eggs or paneer (cottage cheese). “On the occasions they do get paneer, it usually stinks,” the coach said.

Getting the trainees back in shape is on the top of the coaches’ priority list; but they are also facing issues like shortage of equipment. “Improving their strength level is crucial after such a long gap. But we don’t have enough equipment for weight training. We have a couple of rods for over 250 trainees here,” said another coach at Mohali.

The coaches added that the trainees have also not received basic equipment such as shoes, hockey sticks, goalkeeper kits, boxing gloves, footballs, throwing apparatus in more than three years.

“Only a handful of coaches got equipment for their senior trainees who are medal prospects in the near future,” said a coach in Jalandhar.

Amar Deep Singh, PIS’s director of administration, refused to comment on the issues. Director Sports Parminder Pal Singh Sandhu could not be contacted despite repeated calls and messages.

This is the second straight day that the Question Hour has b...