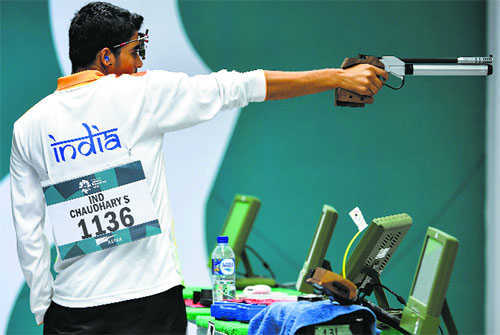 The coronavirus outbreak and the Indian Government's decision to restrict visa entries to individuals travelling from the most affected countries has forced the International Shooting Sports Federation (ISSF) to postpone the New Delhi World Cup.

The Olympic Games Test event for shooting sports that were scheduled to be held in Tokyo from April 16 is likely to be cancelled due to the same reason.

Also read: Coronavirus: All you need to know

The decision to postpone was taken in the aftermath of the Government of India advisory that suspended visa requests from Japan, Italy, South Korea, and Iran.

“All regular (sticker) visas/e-visa (including VOA for Japan and South Korea) granted to nationals of Italy, Iran, South Korea, Japan issued on or before 03.03.2020 and who have not entered India, stand suspended with immediate effect,” the advisory had said.

The ISSF subsequently announced that the participants will not be awarded ranking points.

"Due to local restrictions relating to the COVID-19 virus introduced by the Ministry of Health and Family Welfare of India, the organisers of the ISSF World Cup in New Delhi cannot guarantee the participation of all the athletes who would like to enter those competitions, " the ISSF said in its statement.

"Therefore no ranking points can be earned at this World Cup. Still, it will be possible to achieve the MQS that can influence on athletes' chances to get the desired Olympic Quota Places," it added.

However, the rescheduled World Cup in New Delhi will have ranking points to be won by shooters who are in the contention to get the 15 available nominal quotas for the Tokyo Olympics.

Speaking to The Tribune, National Rifle Association of India President Raninder Singh said that decision was taken in consultation with the International Olympic Committee.

"The decision was taken in view of the extraordinary circumstances that we as a country and the world is facing now," he said.

"The combined World Cup will now be held in two parts. One for the rifle and pistol competitions and one for the shotgun events, dates of which will be released shortly," he added.