Cristiano Ronaldo looks to do a Kylian Mbappe & Lionel Messi : The Tribune India

Cristiano Ronaldo looks to do a Kylian Mbappe & Lionel Messi 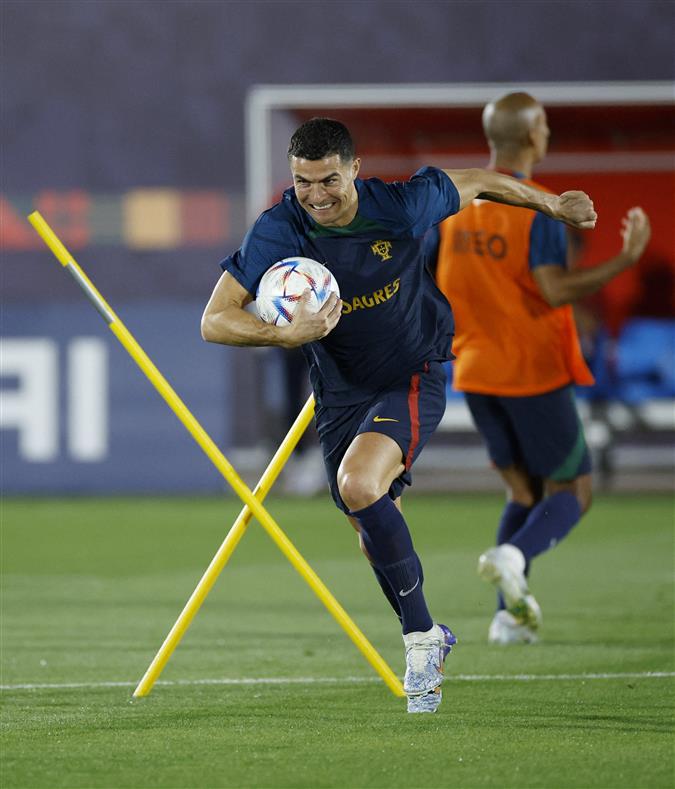 Cristiano Ronaldo has failed to match his rivals so far. Reuters

Kylian Mbappe is the top scorer. Lionel Messi has been thrilling fans with his goals and dribbles. So what about Cristiano Ronaldo, one of the other superstars at the World Cup? Well, he’s broken a tournament record by becoming the first player to score a goal at five World Cups, but since converting that penalty in Portugal’s opening game, Ronaldo has had a rather quiet time of it.

Maybe he’s about to burst into life in the knockout stage — and erase a blemish in his glittering career: None of Ronaldo’s eight World Cup goals have come in the knockout stage. The five-time world player of the year heads into the Round of 16 in likely his final World Cup facing Switzerland, who haven’t advanced beyond this stage since 1954.

Don’t be fooled, though: This is the same Switzerland that eliminated France in the last-16 at the European Championship last year. — AP